The best advantages come to those who get elected captain, at least in the Bigg Boss house. Trying to understand the wild card entrants’ characters better, the current captaincy task is seeming to be a difficult one for the old housemates. As the task continues the next day, Vishal’s tunnel is empty and he gets a chance to come out first, so he decides to break Himanshi’s plate. At the same time, Arhaan tries to come out of his tunnel and Asim too, attempts to clear the block from his tunnel. 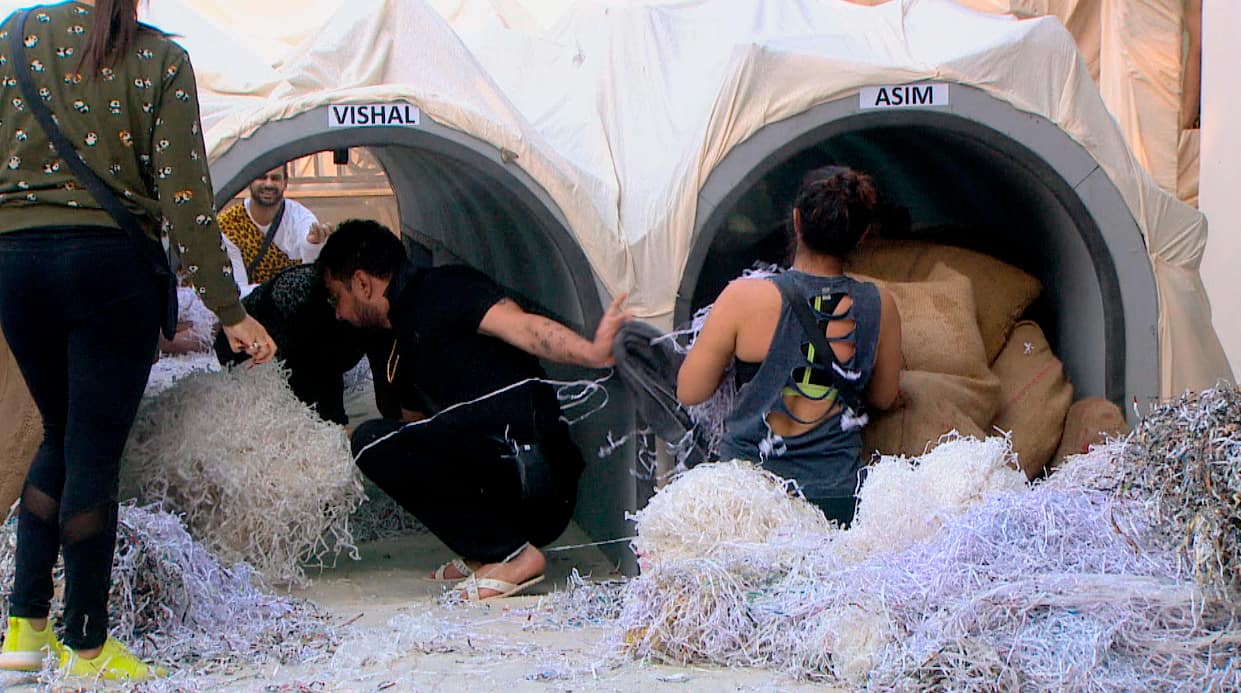 Rashami and Devoleena make their own strategy and sit in Asim’s tunnel restricting his movements. Sidharth Shukla strongly opposes this and tells them that it is against the rule. He even makes everyone read the letter again and criticises their wicked strategy. Shefali and Mahira get into a heated argument because of their disagreement during the task and start pushing each other. Asim tells Sidharth that they shouldn’t leave everything to Vishal and should also give him and Arhaan a chance to compete.

Sidharth is desperate to have Vishal on his side 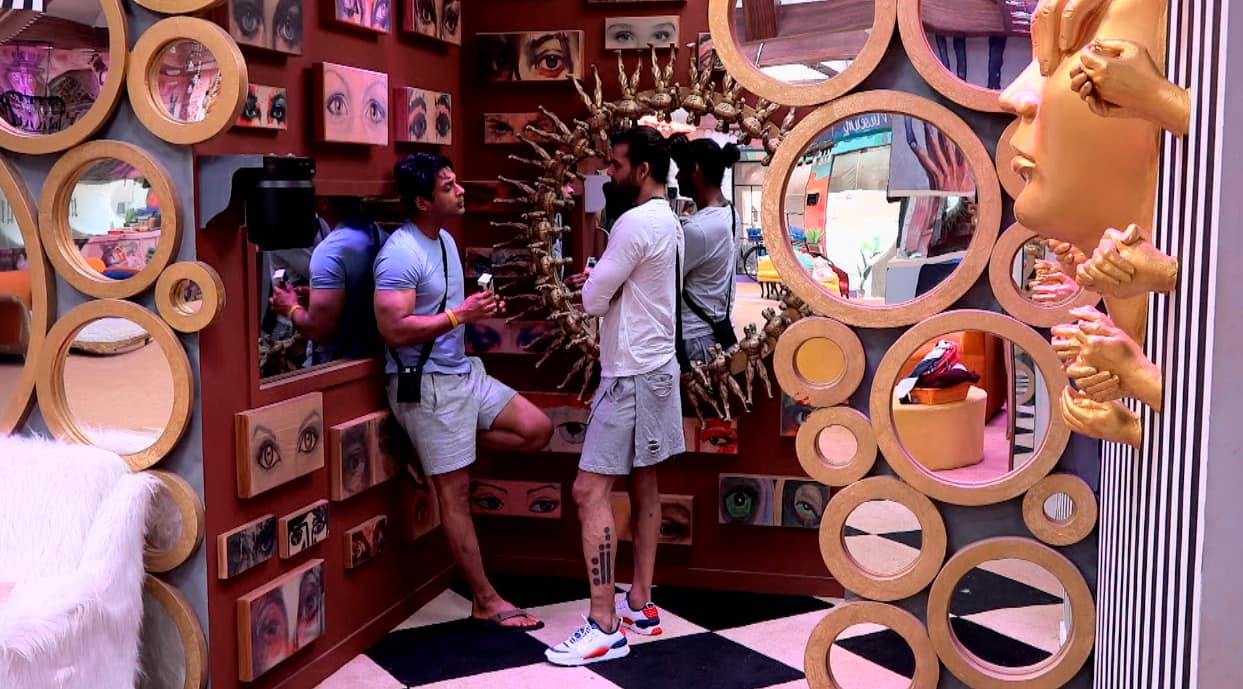 The task ends for the day and Sidharth tries to manipulate Vishal to get him to his side. He advises him to play his game in a clean manner and take a stand for himself instead of trying to be on both the sides at the same time.

Can Vishal be trusted? 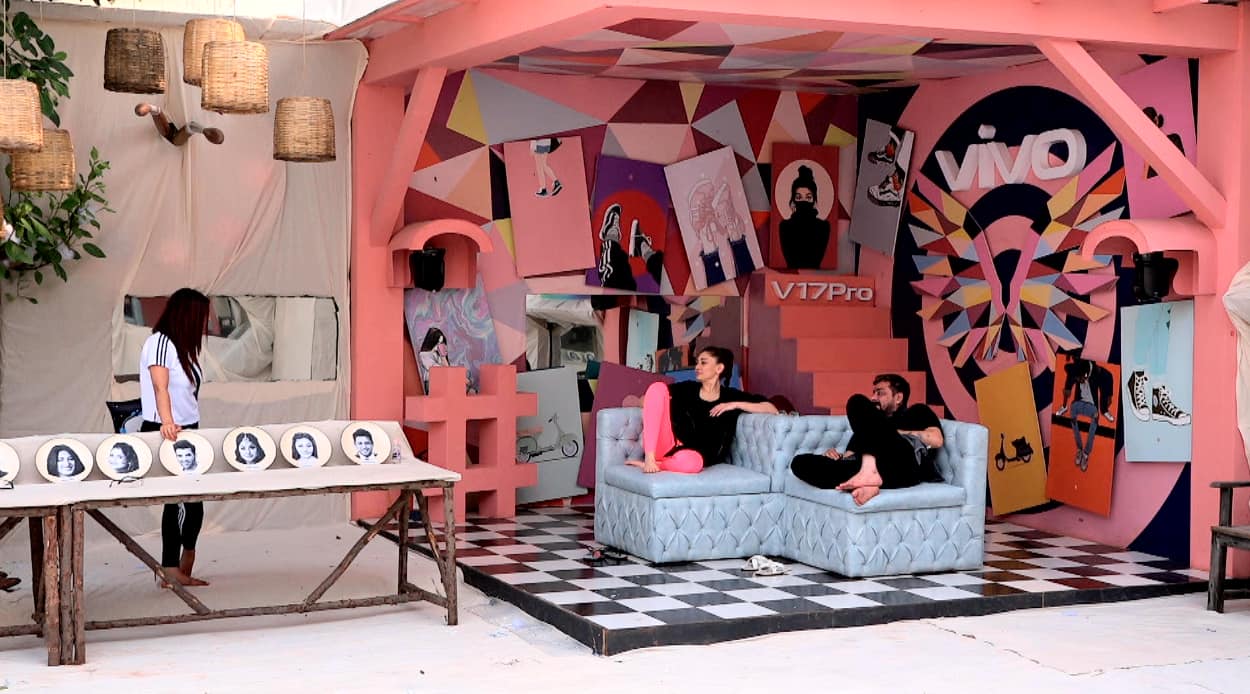 Shefali and Shehnaz discuss the doubts they have on Vishal and how they don’t trust him at all. Taking advantage of the crack developed in Sidharth and Asim’s friendship, Arhaan, Devoleena and Rashami discuss how they should take advantage of it and create a rift between them. 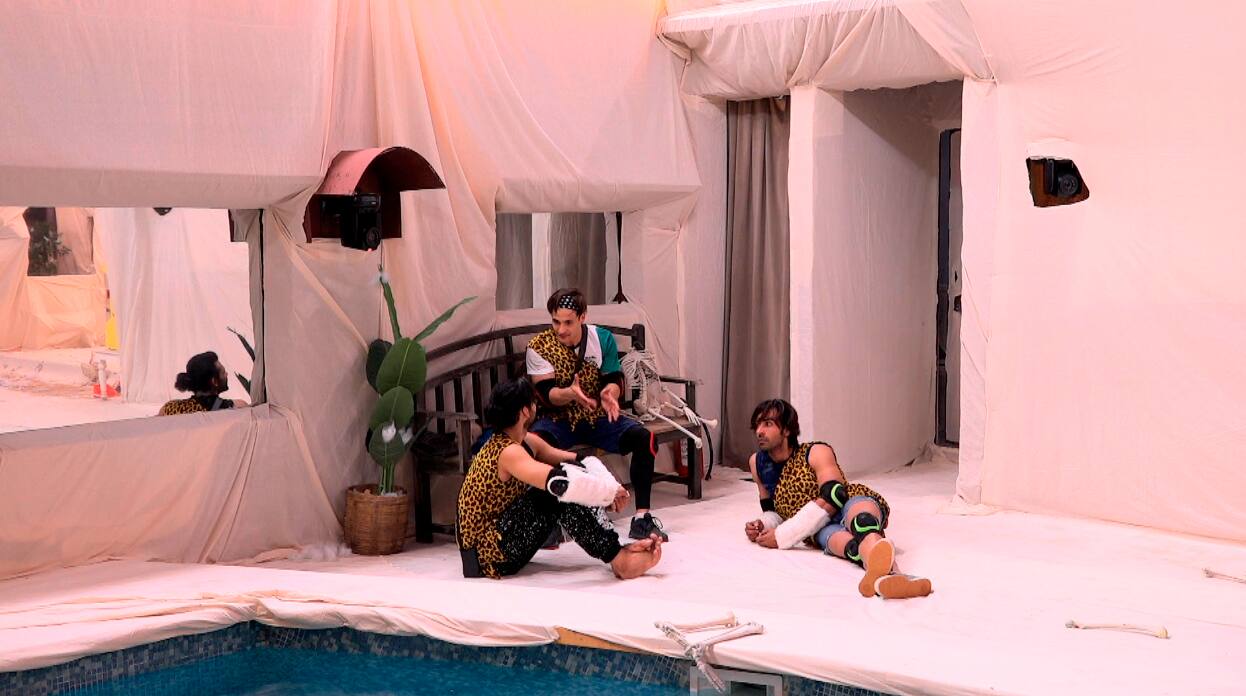 Next day the contestants wake up to the retro track ‘ Nayak nahi Khalnayak join me in,’ a major hinting at Vishal’s strategy in the game. Their morning starts with bickering as Shefali tells Paras to delegate his duty of washing utensils to Mahira who only has one duty currently. Mahira retaliates and refuses to take this up. The fight escalates and Shehnaz and Paras get involved wherein Paras expresses his disappointment on Shehnaz for flipping sides. With the changing dynamics in the house, Sidharth is gradually losing his friends and the next one in line to follow suit is Arti. They get into an argument and Sidharth taunts her for being fake as she tries to correct Himanshi. Aarti clarifies with Sidharth that she won’t agree to whatever Sidharth says as she has the right to have her own opinions.

And here comes the twist… 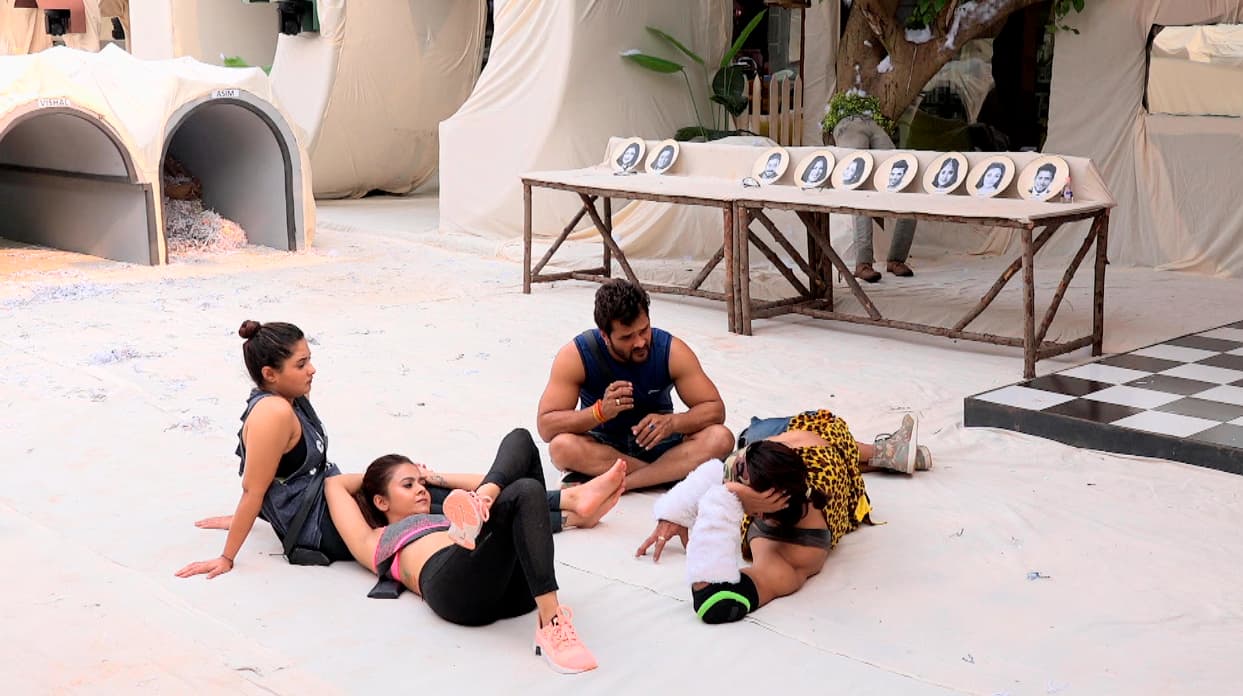 The task resumes and the contestants continue as per their strategy and leave the game to Vishal. A masterstroke by Bigg Boss changes the game. He intervenes and declares Vishal as the contender of captaincy and will not be the ‘Rakshas’ anymore.

How will the game change? Will Asim and Arhaan be able to complete the task? Stay tuned to BL for more updates and scoops about Bigg Boss 13?