Bigg Boss 14: Eijaz Khan recalls falling in love with a co-dancer on tours during his struggling days 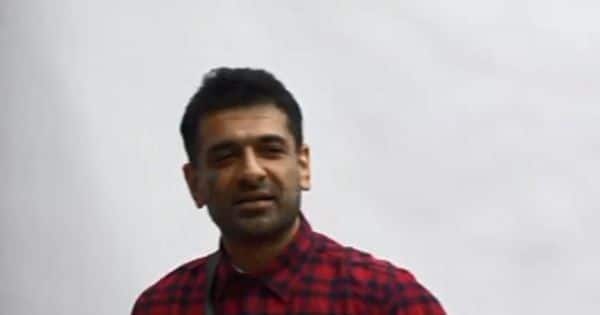 Love him or hate him, Bigg Boss 14 contestant Eijaz Khan surely knows how to keep you engrossed with his interesting life stories. Last week, he was seen talking about having a crush on a National Award winner actress Tabu since childhood. And now he was seen reminiscing falling in love with a co-dancer during his struggling days when he used to dance on tours. Also Read – Bigg Boss 14 Day 19 Preview: Kavita Kaushik and Pavitra Punia lock horns; Jaan Sanu – Rahul Vaidya have a major fight

Talking about how madly he was infatuated by one of his co-dancers, Eijaz told Pavitra that he even gave away his bracelet to her. He said he used to call her up using public phonebooths while travelling to different cities on tours. He even thought of going to meet her but since he didn’t have enough money to spend, he dropped the idea of pursuing her. He told Pavitra he doesn’t remember her name or from where she was, but hinted that they first met in Toronto. Also Read – Bigg Boss 14: Abhinav Shukla recalls his near-FATAL trekking incident; says, ‘Humne aagar galat pao rakha hota, toh hum mar jaate the’

He further went on to talk about yet another girl he met in Hong Kong while shooting for a TV show wherein he was playing the lead. He recalled that he even bought her a jacket and asked her to keep it with her as a memory of him. He clarified that he wasn’t in love with her but loved spending time with her. Also Read – Bigg Boss 14: ‘Buddhu hai, Bigg Boss 13 ratt ke aayi hai,’ says Devoleena Bhattacharjee on Nikki Tamboli

Meanwhile, Eijaz and Pavitra are currently locked inside the red zone after his team Sidharth lost a task against team Hina and team Gauahar. Three new wildcard contestants – Kavita Kaushik, Naina Singh and Shardul Pandit – have entered the show and Kavita has been named as the new captain in the house.

In the upcoming nomination task, Nikki Tamboli, Rahul Vaidya, Jaan Kumar Sanu and others will be seen taking out their frustration on each other. The task will not only bring out the true colours of these contestants but it will also make their future path clear.