Bigg Boss 14: ‘I have been approached many times on different occasions in this season,’ reveals Rashami Desai 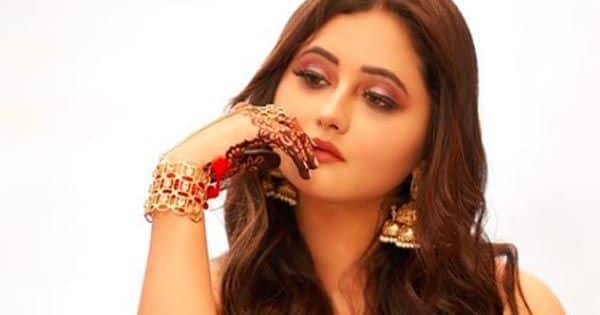 Popular TV actress and Bigg Boss 13 contestant, Rashami Desai, who garnered praises for her strategy and game plan in the last season, revealed that she has been approached by the makers for Bigg Boss 14 but nothing has been finalised yet. In the start of this season, we saw Sidharth Shukla, Gauahar Khan and Hina Khan entered as Toofani Seniors and showed the path to the fresh contestants in the controversial reality show. Also Read – Rashami Desai does her FIRST photoshoot with mom Rasila, and fans are all hearts — view pics

Talking to E Times, when asked about her entry in Bigg Boss 14, she replied, “Well, I am quite amused by the number of stories that have been written about it. The fact is that I have been approached many times on different occasions in this season itself, but I haven’t yet finalised on it.” Sharing her thoughts about Jaan Kumar Sanu, she asserted, “Jaan is not able to derive support from other contestants despite asking for it constantly. He is being betrayed. One has to be either strong enough to stand on his/her own or manage to get support from others. Jaan has not been able to do either till now.” Also Read – Bigg Boss 14: Devoleena Bhattacharjee takes a jibe at Jasmin Bhasin’s ‘dosti’ with Rubina Dilaik after she switches sides with Rahul Vaidya

Speaking about Eijaz Khan and Kavita Kaushik‘s fight, Rashami said, “I know Eijaz as a senior. I had a very different image of him. But here when I see him, I think this is not the Eijaz I knew. As for Kavita, she is not doing anything to garner attention. She is on Bigg Boss 14 what she is in real life. She can never fake it. She is someone who is very clear and vocal about her likes and dislikes.” When asked her opinion on Devoleena’s words, who said Kavita’s exit was similar to her and Rashami, the Uttaran actress replied, “Absolutely. I don’t understand why that should be done to the audience. The connection with the viewers should be built rather naturally.” Also Read – Bigg Boss 14: ‘Gussa mat dilana mujhe,’ Devoleena Bhattacharjee SLAMS the makers for comparing Rubina Dilaik and Shardul Pandit’s elimination with her and Rashami Desai’s eviction