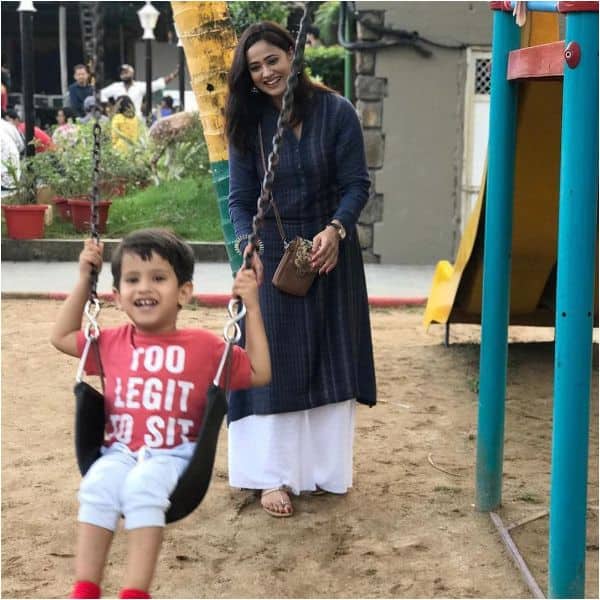 TV actress Shweta Tiwari is returning to television with Mere Dad Ki Dulhan. The actress will be playing Guneet Sikka in the show. While Shweta is returning with this daily soap, reality show Bigg Boss is in its 13th season. Tiwari’s fame touched new heights when she won the coveted title and bagged the trophy of the winner in Bigg Boss 4. She not only cashed the prize money, but also made her way into more hearts than ever. While that is that, Shweta has not been keeping a tab on the current ‘tedha’ season that has Salman Khan returning as the host. As surprising as it sounds, the mother of a toddler has her own reasons.

During a recent event, the Kasautii Zindagii Kay fame actress opened up about not watching Bigg Boss 13. When asked if and why, she said, “No I’m not. I don’t have time to watch it. Secondly, when do I watch it. I have a kid at home, in front of him I can’t turn it on. If someone talks loudly in front of him, he asks me ‘Aapko daanta?’ He gets scared. I don’t want him to see all of that. Also whenever the TV is on and there’s no Doraemon on it, he won’t let anyone watch TV. So it’s no point.”

Earlier, Shweta had opened up about daughter Palak’s debut in the world of showbiz. “Palak knows what she wants to do, hence everything is decided by her only. Recently, she got a luxurious brand shoot offer and she said no because she wants to do some valuable work and not bunk her school and papers for something which isn’t worth her time. She is the one who chooses her own auditions, says yes or no. I only handle the negotiation part (laughs),” she stated.

Stay tuned to BL for more updates and scoops!