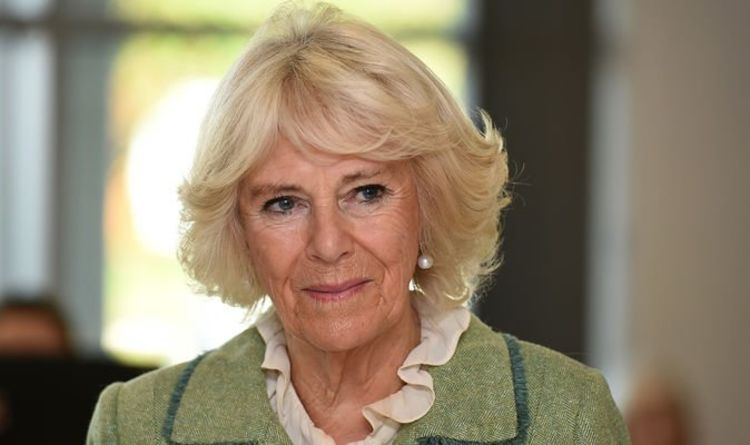 “Earlier this week the Duchess had to cancel a Remembrance engagement due to a chest infection.”

The source didn’t say whether Camilla is healthy enough to also attend tomorrow’s ceremony at the Cenotaph.

If she does attend, the Duchess of Cornwall is expected to stand next to the Queen on the balcony of the Foreign and Commonwealth Office building, which overlooks the Cenotaph in Whitehall, London.

From there, she would witness Prince Charles laying a wreath of red poppies on behalf of the monarch for the third time, before observing with the rest of the country a two-minute silence at 11am.

Camilla was “ordered by her doctor” to cancel two of her scheduled engagements earlier this week, Clarence House said.

A spokeswoman confirmed to Express.co.uk on Thursday that the Duchess of Cornwall was suffering from a chest infection, which had worsened earlier this week.

She said: “The Duchess of Cornwall has been told by her doctor to cancel her engagements owing to a chest infection which has got progressively worse over the last few days.”

READ MORE: Why Meghan did not stand with Queen and Kate on Remembrance Day

Because of her poor health, Camilla was forced to miss a gala dinner on Wednesday night, where she would have taken part in celebrations for the 200th birthday of Prince Albert, patron of the London Library.

On the following day, Camilla also missed an event very important for her, a visit to the Field of Remembrance at Westminster Abbey.

Prince Charles’s consort was understood to be deeply disappointed for not being able to attend an event so close to her heart, as patron of the Poppy Factory, where the Remembrance Poppies are made, and for being so proud of the sacrifice made in conflicts by members of her family.

The visit to the Field of Remembrance would have marked the first-ever engagement attended by Camilla, Meghan Markle and Prince Harry as a trio.

While the Duchess of Cornwall was not there, the royals in attendance made sure a Cross of Remembrance bearing the monogram of Camilla would still be planted next to Meghan and Harry’s.

People suffering from chest infections are urged to get plenty of rest, as some forms of this disease could be “life-threatening”, according to the NHS.

Camilla was last seen in public on Wednesday morning, when she visited with Prince Charles a farmers’ market in north London.

During the visit, to celebrate 20 years of farmers’ markets in the capital, Camilla was seen coughing.

However, the Duchess didn’t hold back and spoke with sellers and well-wishers who headed to Swiss Cottage, in the borough of Camden, to see her and the Prince of Wales.