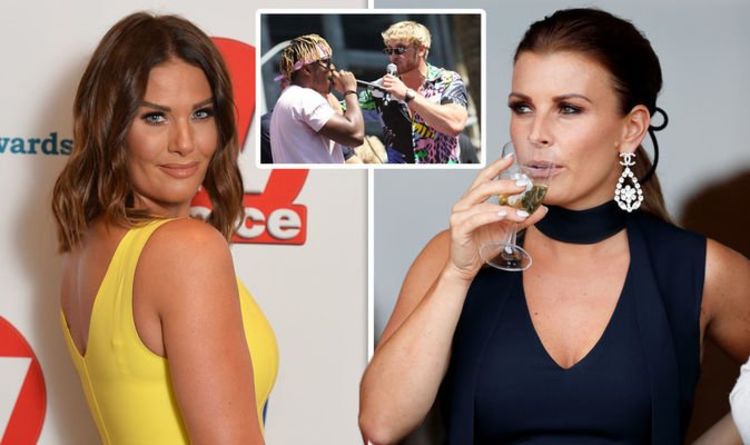 Sports fans have jokingly lobbied for Coleen Rooney to face Rebekah Vardy on the KSI vs Logan Paul 2 undercard.

Coleen tweeted on Wednesday morning how she created an online booby trap to see which account was leaking stories to the Sun newspaper – and was left convinced it was the former I’m A Celebrity contestant’s account.

Rebekah responded soon afterwards to her 80,000 followers on Twitter and 376,000 followers on Instagram denying the accusations saying: “You should have called me the first time this happened.”

Following the online beef between the WAGS of two former England strikers, Twitter did its thing.

An online movement started which campaigned for the disagreement to be settled in a boxing ring on the KSI vs Logan Paul 2 undercard.

The fight, set to take place on November 9 in Los Angeles’ Staples Center, pits two of the most famous YouTubers against each other in a professional bout.

The bizarre event, put together by Eddie Hearn, will feature world championship fights on the undercard – and now fans are demanding to see Mrs Rooney vs Mrs Vardy.

“Can we get Mrs Rooney v Mrs Vardy on the undercard of KSI & Logan Paul?” tweeted another user, thinking along the same lines.

Promoter Eddie Hearn even received some mentions, such as: “Coleen Rooney vs Rebekah vardy on the ksi v Logan paul under card @EddieHearn?”