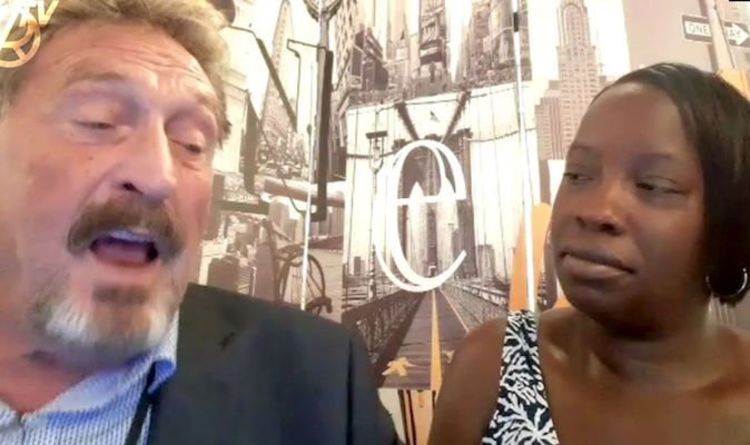 After feigning a heart attack to buy time for his lawyers to prevent deportation, he was flown to the UK under a British passport. McAfee has dual citizenship after being born on a United States Air Force base in Gloucestershire. Believing he and his wife Janice were at risk of being handed over to the US where he is wanted for tax evasion running into millions of dollars, the pair quickly fled to Lithuania where they claim to now be hiding out.

In an interview with UK-based crypto news site Coin Rivet the McAfees – speaking from a bizarre foil-lined ‘faraday cage’ bunker – the couple said the US would need to use special forces to locate and apprehend them.

“Lithuania is not that close to America, so they would have to send either a bunch of Navy Seals or some other CIA illegal operation to collect me, which is going to be very difficult in the facility I’m in,” he said, before hinting at his current US Presidential campaign which he intends to run from his new hideout.

“They’re just trying to stop me from talking because I speak loudly, and I speak very clearly, about the US government and what I see as the problems.”

Describing his odd surroundings to the interviewer, McAfee says he is not in a bunker but is in fact in a specially-lined ‘communications centre’.

“Keep in mind, the only way to find me is electronically – I can disguise myself extremely well,” he explains.

“We have a ‘Faraday cage’ where the only line going out is a hard cable for internet, and we have a scrambler in the room which scrambles all communications except WiFi and we are going through multiple VPNs in Lithuania – you would have to do a house-to-house search to find us, and that’s not going to happen.”