Happy birthday, Sara Ali Khan! 5 factors that transformed the starkid into a brand to reckon with in less than a year 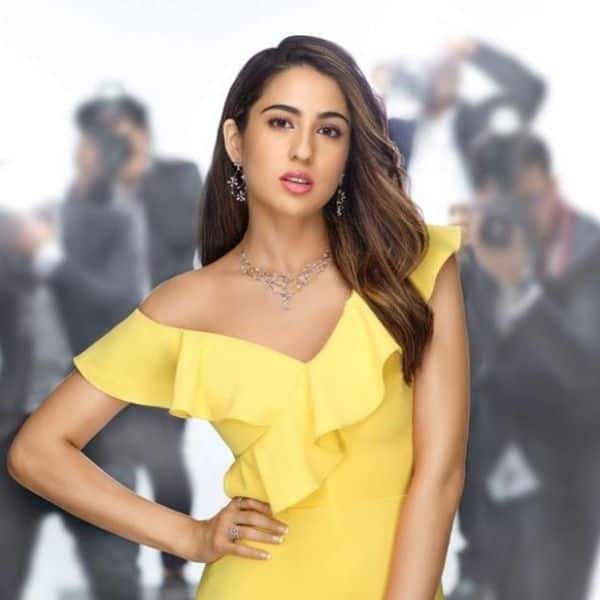 Sara Ali Khan will be next seen in Imtiaz Ali’s Aaj Kal alongside Kartik Aaryan and we can’t wait for it. That and for her to light up the screen again. While the actress is only two films old, Sara Ali Khan is so much more than just another star kid. Daughter of Saif Ali Khan and Amrita Singh, who is quite honestly a spitting image of the now divorced duo, Sara is still her own person. Having said that, she is a mix of both in eccentric ways that constitute a big part of her spunky personality. Not just that, the starlet has been at the forefront of everything that goes around in showbiz and how. And by that, we don’t just mean interesting line-up of films including Coolie No 1 remake, but Sara Ali Khan is also being seen at the right places, at the right time and boy, is it making headlines.

So much so that, Sara has successfully catapulted into a brand in less than a year of her maiden film. From endorsements to collabs, the starlet is doing it all. But it’s no rocket science as to why and how she achieved this feat, really. But if you’re still wondering, let’s decode it for you. Here are 5 things that helped Sara in coming this far, unlike any of her contemporaries.

Sara Ali Khan rocked the boat with her impressive debut in Kedarnath opposite Sushant Singh Rajput. The film didn’t prove to be a blockbuster but she left an indelible mark with her performance as Mukku. Then came Simmba opposite Ranveer Singh and it made big moolah. Her chemistry with the Veer of Deep was a treat to watch too.

Sara Ali Khan came as a breath of fresh air in the world of showbiz and that stayed. Be it the earnest way in which she gushes about her crushes or the transparency with which she speaks of her ‘crazy’ family, the newbie soon made way into a lot of hearts just by being herself and relatable at that!

Like it or not, Sara Ali Khan has also climbed the charts because of the desirable men and co-stars she has been linked with. Be it Sushant Singh Rajput or Kartik Aaryan, fans love to ship her with B-Town hunks and hey, we are not complaining. There are even separate fan base and Insta handles of the ship name but that’s another story for another day.

Sara, if you haven’t noticed yet, is a huge hit on social media too. The actress joined Instagram a little before her film’s release and enjoys a fan following of 11.9 million already. She is quite active on the platform and often shares snippets from her blessed life. We love!

Sara is one of the few debutantes who not only won the hearts of her audiences but also her contemporaries in the industry. Both co-stars, Kartik Aaryan, Sushant Singh Rajput have earlier heaped praises for the princess of Pataudi and for all the right reasons. Even Janhvi Kapoor and Ananya Panday have mentioned her fondly and hey, that says something.

We wish Sara Ali Khan a very happy birthday. And Sara, if you’re reading this – you’re made for the stars! Shine on!