How Sarah Ferguson almost DIED in 9/11 attack: ‘Every minute is a blessing’ 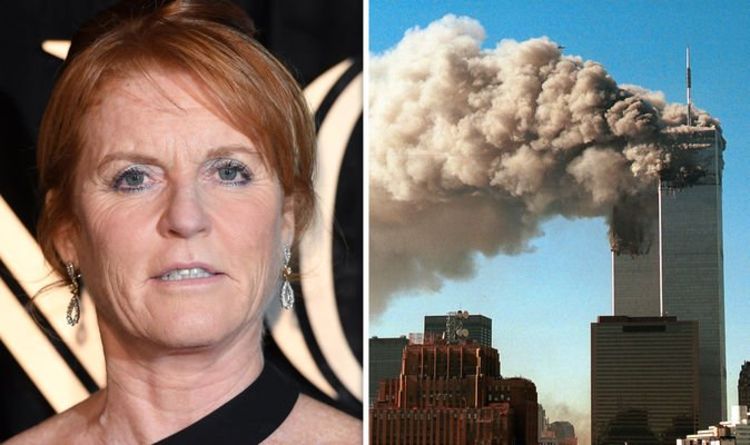 It has been exactly 18 years since Islamic extremists flew planes into New York’s Twin Towers and the Pentagon in Washington DC, killing almost 3,000 people. It is known as the worst terrorist attack on US soil, and Sarah Ferguson, the Duchess of York, was nearly caught up in the atrocity. Fergie, as she is affectionately known, was reportedly stuck in traffic on her way to the World Trade Centre in New York on September 11, 2001.

She was on her way to the North Tower, but was 20 minutes late and miraculously escaped the tragedy.

Speaking to Hello! last year, the mum-of-two revealed how the near-death experience made her make the most out of life.

She told the publication in 2018: “I take every minute as a blessing, I really do, and I really work hard at it.

“Because the minute you look too far forward, then you’re missing now.

“The minute you look back… you can’t go back.

“Hindsight is a wonderful thing.”

Sarah had been given an office on the 101st floor of the North Tower for her charity Chances for Children.

Fergie had created a mascot for the fundraiser in the form of a rag doll, Little Red, that was sat in her office at the time of the attack.

After the collapse of the Twin Towers, Little Red was found among the rubble by photographers and was initially mistaken for a child’s doll.

JUST IN: How William and Kate revealed what ‘really upsets’ Prince George