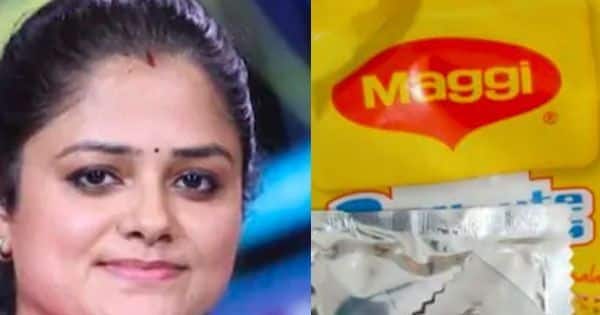 Kaun Banega Crorepati 12 has been loved by the audience. They have been impressed by this season. Recently, the show got its second crorepati of the season. IPS officer stationed in Jammu and Kashmir Mohita Sharma became the second crorepati. She was extremely happy to win it but there is something else that made her feel more lucky recently. Yes, it is a packet of maggi that made her feel lucky. The IPS officer got 2 sachets of maggi masala in 1 pack of maggi and hence she took to Twitter to reveal that she is lucky. She posted a picture of the maggi packet which had 2 sachets of maggi masala and wrote, “Just after winning #KBC12, got 2 masala sachets in 1 #maggi packet. Never thought would get so lucky. God is kind today? ???? @GargRushal_IFS @SrBachchan @SonyTV @NestleIndia” Take a look at her tweet here: Also Read – Kaun Banega Crorepati 12: IPS officer Mohita Sharma tells people to go by their subconscious mind when they are on the hot seat [Exclusive]

Well, after she tweeted a lot of people made joked about it and called her lucky. He tweet garnered 4.6 k likes until now. Take a look at the tweets here: Also Read – Kaun Banega Crorepati 12: Amitabh Bachchan assures second crorepati, IPS Officer Mohita Sharma that he would follow her on Instagram

One Extra is for winning KBC…

Congratulations mam.. what a game u played,,great ??

Earlier in an interview with BollywoodLife, Mohita Sharma spoke about how her husband motivated her to be in the show. She said, “My husband (Rushal Garg) had been trying to get into Kaun Banega Crorepati 12 for 20 years. Of late, he motivated me to try for the show as well. When I was selected for the Fastest Finger First, he was the happiest. Then, I began my prep.” Coming from a civil services background, she has studied a bit of current affairs and general knowledge. “My husband and I spent a lot of time revising, especially when we were in quarantine. I again read up on what I had learnt. I would tell people to trust their subconscious mind, especially in the easy questions. It is usually right. People end up spending all lifelines for easy questions, which is a mistake,” she says. Also Read – Shehnaaz Gill, Rahul Vaidya, Naagin 5 — here are the TV newsmakers of the week