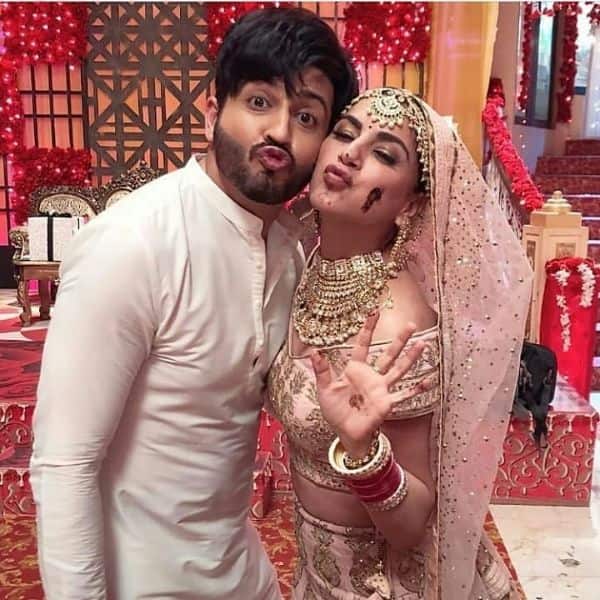 In the last episode, it has been shown that Sherlyn cuts all her ties with Prithvi. Moreover, she also promises Rishabh that she will remain loyal to him as an ideal wife thereafter. Although, Prithvi tries to stop Sherlyn, he is forced to go back to the wedding venue. Meanwhile, Rishabh also decides to speak his heart out to Preeta and let her know about his feelings. He then tells her about his feelings for her and also tries to explain that Prithvi does not deserve her. However, Preeta does not pay heed to Rishabh’s words and says that she will marry Prithvi anyways as it is the wish of her mother Sarla.

In tonight’s episode, Rishabh tells Preeta he is leaving and will never return. Preeta (Shraddha Arya) cries but doesn’t stop Rishabh. He drives off in his car feeling emotional about losing another friend for his family. Prithvi is getting ready in his room when Karan walks in. Prithvi panics on seeing Karan there and Sammy enters too. Karan puts a kerchief with chloroform on Prithvi’s face and makes him unconscious. He then asks Sammy to leave and go home. Karan goes back as the groom outside. He promises to make life hell for Preeta by marrying her. At the Luthra house, Kareena accuses Rakhi of being too nice to Preeta and ignoring her own family.

Kareena says she is happy that a horrible woman like Preeta is marrying the criminal Prithvi. Sarla feels like Preeta doesn’t look happy after taking Prithvi out of jail. Daadi tells her that Preeta saved Prithvi because she felt he was right. However her heart is still with the Luthra family. Sammy is worried on his way back home what Karan is upto. Prithvi’s mother is happy that Sherlyn is with the Luthra’s while she gets a good bahu like Preeta. The pandit asks Preeta and Karan to exchange garlands. Sarla and the rest of the family bless Karan and Preeta. Will Karan succeed in marrying Preeta? Stay tuned to find out.