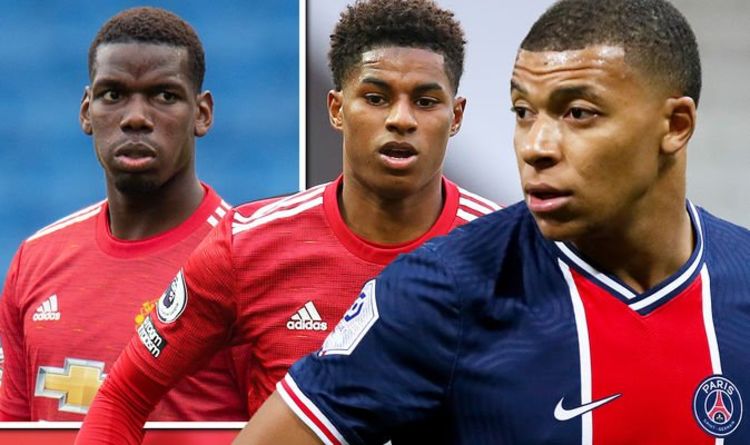 PSG – runners-up to Bayern Munich last year- and United kickstart their European campaigns with a heavyweight Group H showdown as both sides look to lay an early marker.

It will be the third time they have locked horns since the 2018-19 season, when the two met in the last 16 and United recorded a dramatic second-leg win to turn the tie around.

After losing 2-0 at Old Trafford, United won 3-1 at PSG courtesy of a 94th-minute Rashford penalty after Mbappe had netted in the first leg.

Both attackers will be looking to make their mark again at the Parc des Princes as French champions PSG look to avenge their shock exit from the competition two seasons ago.

And in advance of the clash, Mbappe admits he has spoken of Rashford’s abilities with France team-mate and United ace Pogba while on international duty.

But it is not just Rashford’s talents on the pitch that have impressed Mbappe, 21, who is expected to be in the conversation as the best player in the world in the coming years.

Rashford’s charity work has seen him be a key figure in pressuring the government to tackle the problems of child poverty within the United Kingdom.

The 22-year-old, who received an MBE for his efforts, helped to ensure the government provided free school meals over the summer.

And World Cup winner Mbappe, who similarly has a charity – Inspired by KM – to help children live out their dreams, insists Rashford has his “full respect” for his work off the field.

“When you take a penalty in that situation, how much practice you have put on the training ground doesn’t matter,” Mbappe said to the Daily Mirror, reliving Rashford’s spot-kick from their previous meeting.