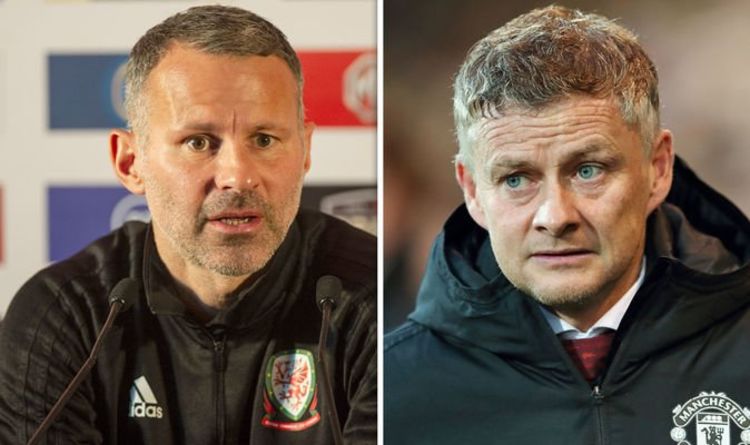 Ryan Giggs does not have a “burning ambition” to take over at Manchester United any time soon.

He won two of his matches and remained as Louis van Gaal’s assistant with the Dutchman suggesting Giggs would be the next manager.

It wasn’t to be with Jose Mourinho taking over before Ole Gunnar Solskjaer was appointed last December.

Solskjaer is under pressure at United following a poor start to the season, though has won his past three matches in all competitions.

Giggs is currently Wales manager and has revealed he is happy in that role and the dream of managing United is not currently there.

When asked if it was a burning ambition to manage United, Giggs told Stadium Astro: “Not really, not really no.

“If it happens, it happens. I’m not too sure at the moment, I’ve got a brilliant job with Wales. If that was to be my last job then I’d be happy.

“You never know but I haven’t got a burning desire to do it. Perhaps before the Wales job that might have been different.”

Solskjaer’s United progressed into the quarter-finals of the Carabao Cup with a 2-1 victory over Chelsea on Wednesday.

The Red Devils will host League Two Colchester United in the last eight with the match due to be played in December.

But Solskjaer was just pleased to see his side extend their winning run and knows that it will breed confidence in his squad.

The Norwegian said: “Results will give players confidence but when you give young lads like Brandon Williams the experience he got tonight – and the kid was again outstanding – it’s only going to help them.

“We know we’re not the finished product. We know we’re a work in progress and we just keep trying to improve.

“So for us you can tick this one off and we’re on to the next one. It’s Bournemouth away from home and that always proves to be a difficult game.”