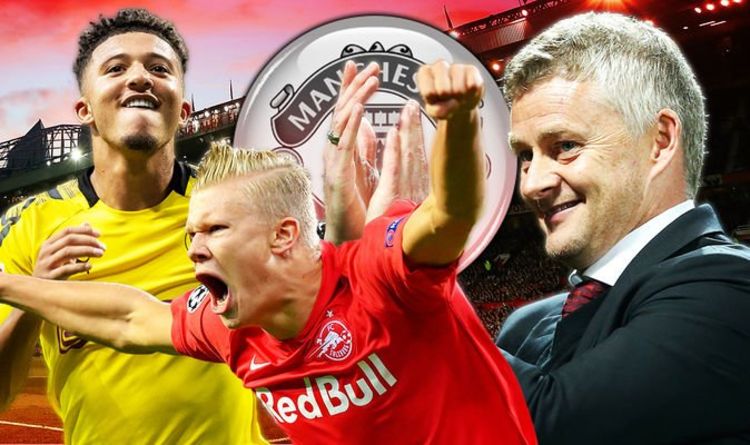 Manchester United are lining up big-money bids for Jadon Sancho and Erling Braut Haaland in the January transfer window, it has been claimed.

Ole Gunnar Solskjaer is keen to bolster his squad in January and has made the 19-year-olds his top winter targets in the hope it will propel United into top-four contention following their disappointing start to the campaign.

It was the club’s failure to qualify for the Champions League last season which hampered a summer pursuit of Sancho, but the Mirror say Old Trafford officials believe a window of opportunity has now opened to sign the winger.

Sancho has endured a tough month at Borussia Dortmund, stemming from his late return to the Bundesliga outfit from England duty after the last international break, which landed him a fine.

The Manchester City youth product was substituted 36 minutes into Dortmund’s 4-0 loss to Bayern Munich and United feel they must strike while the iron is hot and take advantage of the disharmony between the player and club, despite their original plans to make a formal bid in the summer.

Despite the current discord, Sancho is valued at £100million and that figure is only expected to rise should he rediscover his form at Signal Iduna Park, where he is contracted until June 2022.

As for Haaland, United feel as if they have a running start in their pursuit of the striker, who Solskjaer managed for over a year-and-half at Molde.

The Norwegian has scored an incredible 15 league goals in 12 games this season in the Austrian top-flight along with seven strikes in four Champions League appearances.

As a result, his value has rocketed to around £85million but United are again willing to meet that price if it means they pip their rivals to the 6ft 3in centre-forward.

Solskjaer, who is granted a veto on new signings, sent Simon Wells, one of United’s most trusted scouts, to watch the player on several occasions last season and has become convinced he can bind together the Red Devils’ pacy attack.

There are fears Haaland would prefer a move to Barcelona or Real Madrid, however.