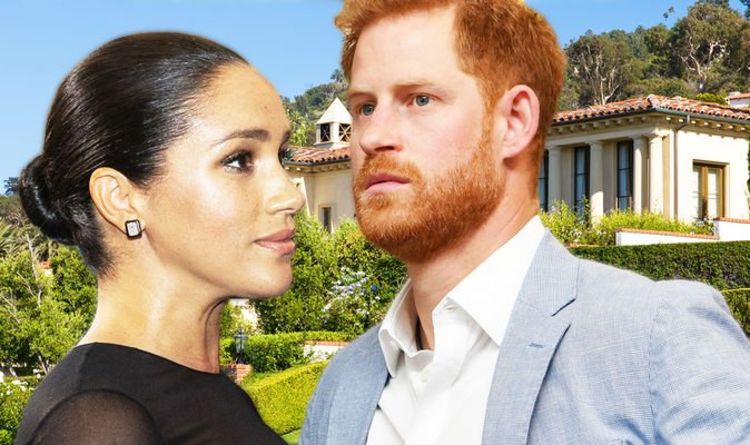 Meghan Markle and Prince Harry are both reportedly looking for homes in the exclusive Malibu area, according to friends. Russell Myers, Royal Editor of the Daily Mirror, told ITV’s Lorraine that the proposed move “comes with its own complications”. But, Mr Myers suggested the reports have developed as “some people are saying” that Meghan is “homesick”.

He said: “This is what some people are saying, that she’s homesick, we know she fiercely proud of her American roots.

“There are some rumours that some of her business associates have been looking for a place in California, in the sort of millionaire playground of Malibu, wouldn’t that be nice?

“One can only hope they pay for it themselves out of their own pocket this time, rather than their taxpayer-funded home. But, potentially.”

He added: “They have set up this new foundation, the Sussex Royal foundation, big charitable arm, will have an arm in America as well – so I wouldn’t be surprised at all.

“Obviously it comes with its own complications too, who will pay for it. Who will be the security aspect of it too? So watch this space.”

Los Angeles cafe owner Edmund Fry – who first met Meghan when he taught her royal etiquette at Rose Tree Cottage, his English tea house in LA – told the Sunday Express: “Knowing Meghan and talking to her, she misses home.

“Meghan is a Los Angeles girl, born and raised here with many links to Hollywood and friends here.

“It is possible to live stress-free and out of the glare of publicity here. LA and California are so huge, it is easy to escape to places with your family and just blend in with everyone.”

Fry added: “Many celebrities with families live their lives day to day without making a big deal of their fame, while enjoying all the great places that this area has to offer.