Meghan Markle: Duke and Duchess of Sussex arrive for Remembrance event in London 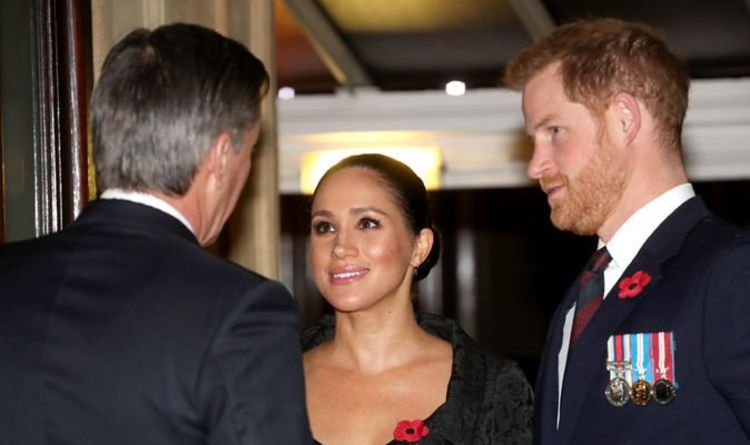 The Duke and Duchess of Sussex smiled and greeted guests at the Royal Alert Hall for the Festival of Remembrance in London. Meghan opted for a classic mid-length black gown and wore her hair tied back in a neat bun. Harry wore a smart suit with his medals on display.

The Royal Family’s attendance at the annual Royal British Legion Festival of Remembrance comes every year.

The event commemorates the 75th anniversaries of the great battles of 1944 and the collaboration and friendship of the British, Commonwealth and Allied armies who fought them.

The festival will also mark the 100-year anniversary of GCHQ and the role of the secret services.

The event aims to pay tribute to the men and women from different nations, cultures, religions and communities who came together and stood shoulder to shoulder to defend Britain’s freedom.

The Legion’s festival takes place every year on November 9.