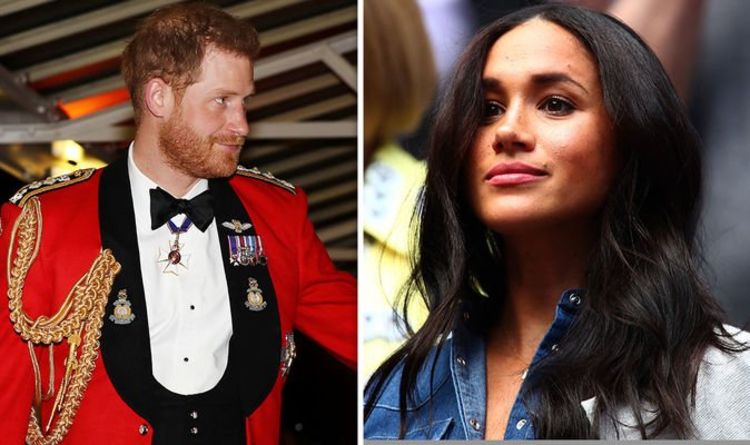 Harry wore his ceremonial uniform for the last time to the Mountbatten Festival of Music last March.

Harry’s sadness and Meghan’s alleged disappointment at the ‘difficult’ situation are relayed in Finding Freedom.

Mr Scobie and Ms Durand write: “Harry’s lifelong commitment to the military was why the Mountbatten Festival of Music three days later was a particularly difficult moment; he was set to wear his Captain-General of the Royal Marines uniform for the very last time.

“During a conversation backstage, on arrival, Harry told Major General Matthew Holmes; ‘I’m devastated that I am having to step down.’

“‘It was so unnecessary’, Meghan later told a friend of the decision to strip Harry of his military honours.”

“‘And it’s not just taking something away from him; it’s also that entire military veteran community. ‘You can see how much he means to them, too. So why?

“‘The powers [of the institution] are unfortunately greater than me.’

“Though the evening served as a poignant tribute to Britain’s Armed Forces, it also became a moment to thank the much-loved prince for his contributions to the military community.”