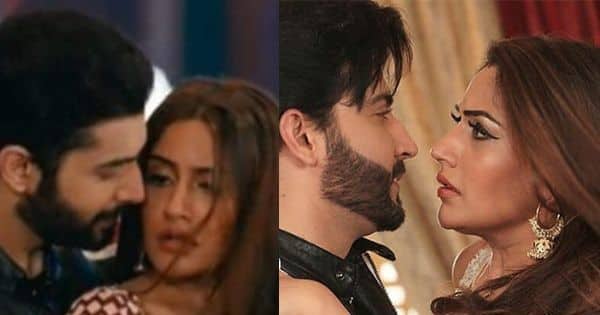 Naagin 5 has been loved by the audience. The best part about the show is that one gets surprised every week as new twists occur. The show began with Hina Khan, Dheeraj Dhoopar and Mohit Malhotra as Adi Naagin, Cheel Aakesh, and Hridaay. Cheel Aakesh killed Hridaay whom Adi Naagin loved. So, she vows to kill Cheel Aakesh in return. However, Lord Shiv curses her that she will be reborn and history will repeat itself. Adi Naagin, Cheel Aakesh, and Hridaay are reborn as Bani, Veer, and Jay, and Surbhi Chandna, Sharad Malhotra and Mohit Sehgal impressed us with their performances in the roles. However, just when you thought that Bani and Jay would be paired opposite each other and Veer would be the villain, the opposite happened. Bani and Veer get married and Jay turns out to be the villain who wants Adi Naagin’s powers. Bani and Veer were supposed to be a pair, and then we saw Dheeraj Dhoopar entering the show as Cheel Aakesh once again. Also Read – Naagin 5 actress Surbhi Chandna turns on the heat as she dances to THIS Priyanka Chopra song – view pics

This was a huge twist on the show. Some thought Dheeraj was entering as Sharad Malhotra’s replacement for a few days, but it turned out to be different. And as you would have it, Dheeraj Dhoopar‘s chemistry with Surbhi Chandna was just as sizzling. Earlier, fans loved Sharad Malhotra and Surbhi Chandna‘s chemistry and they were rooting for #VaNi, but now with Dheeraj Dhoopar’s entry, #AaNi has become a new hashtag. Cheel Aakesh and Bani’s performances left everyone amazed, but some are still of the opinion that Sharad and Surbhi make a better pair on screen. Hence, we thought of asking, y’all, the fans, who y’all think looks the best on screen with Surbhi Chandna amongst Dheeraj Dhoopar aka Cheel Aakesh and Sharad Malhotra aka Veer. Also Read – Naagin 5’s Surbhi Chandna looks elegant in this shimmery white saree – view pics

Well, this will be a tough choice. Vote now and let us know who is your favourite on-screen jodi.