Nargis Fakhri’s beau Justin Santos posts a sun-kissed pic, asks, ‘How did I get so lucky?’ 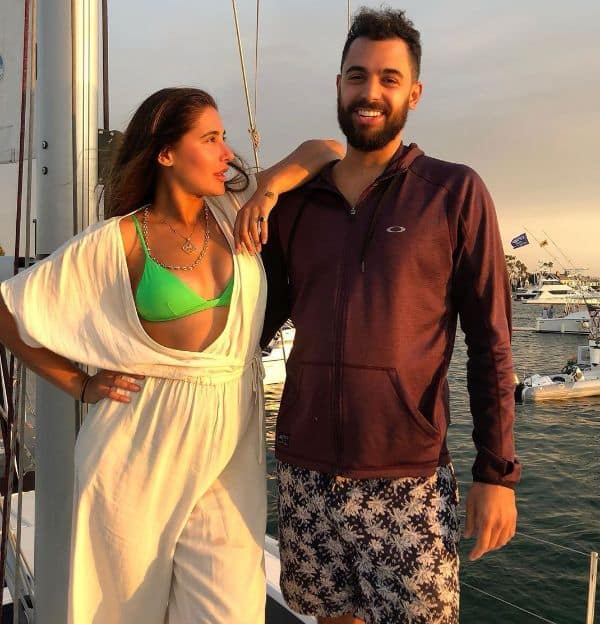 Nargis Fakhri has been away from the limelight for more than two years now. She is spending her time in New York exploring new stuff like stand-up comedy. As of now, she is in a relationship with a chef Justin Santos. Her current beau, Justin Santos has shared a picture of the two of them from Crystal Cove in Southern California. It looks like they are enjoying a ride in a sail boat at sundown. In the picture, we can see Nargis Fakhri in a white oversized jumpsuit. She is seen wearing a bright green bikini top under it. A fan has asked the actress if she is in the family way as she looks a tad chubby. Also Read – Nargis Fakhri’s beau Justin Santos posts a sun-kissed pic, asks, ‘How did I get so lucky?’

Justin Santos captioned the picture, “Look at this perfect woman right here. How did I get so lucky? On top of her being drop dead gorgeous would you believe me if I told you her jokes were hilarious too?” Nargis Fakhri is exploring California with Justin. They visited the Joshua Tree National Park as well. She is loving the hikes in the wilderness. The actress was in a relationship with Matt Alonzo for almost a year. It ended at the start of 2019. Also Read – Throwback to the time when Nargis Fakhri said her broken bond with Ranbir Kapoor after Rockstar was a ‘harsh reality’

Nargis Fakhri was apparently in a long time relationship with Uday Chopra for almost three to four years. Though they never acknowledged it, rumours suggested that she was living with the producer. They broke up in 2018. Heartbroken, Nargis Fakhri apparently returned to the US. Uday Chopra wrote on social media, “I wish I could love with the same intensity I used to love a few years ago. There was this girl and I felt alive just loving her. I’ve lost that now. I just want that passion back. Maybe that’s all I need.” Also Read – Entertainment Top News, December 4: Sanjay Dutt flirts with Kriti Sanon, Akshay Kumar says big directors don’t work with him