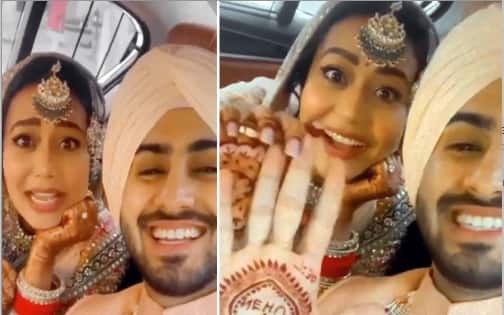 The couple had remained tight-lipped about the wedding. In fact, people did not believe it at first. Even Neha Kakkar’s good friend Aditya Narayan said that he found it tough to believe that people could marry within a month of knowing one another. But then, love can be a whirlwind at times. Rohanpreet Singh also shared pictures of Neha looking lovely in her red bridal lehenga designed by Falguni and Shane Peacock. Also Read – FIRST PICS: Neha Kakkar and Rohanpreet Singh’s wedding look will remind you of Virushka

Rohanpreet Singh was seen on the show, Mujhse Shaadi Karoge where he came as one of the suitors for Shehnaaz Gill. Fans of #NehuPreet is thrilled as they are getting content hour by hour.