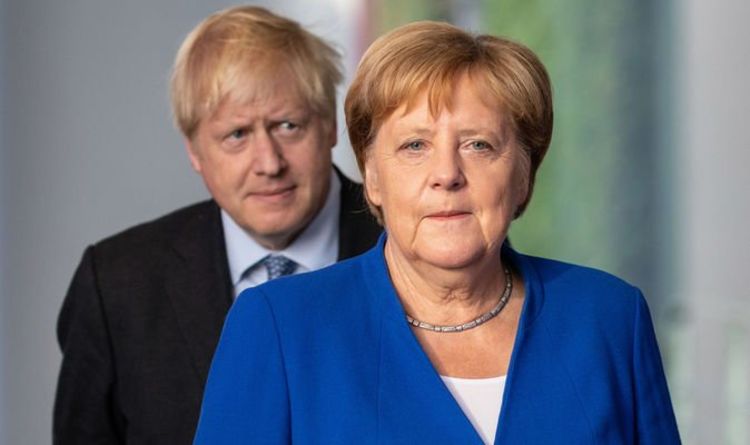 The data gives the US Federal Reserve room to cut interest rates again this month in an effort to limit economic damage caused by slowing global growth and US-China trade tensions. The Producer Price Index (PPI) only increased by 1.4 percent in the 12 months to September, after rising by 1.8 percent in August and while this was the smallest increase since November 2016, it did little to stop the dollar rising against a Brexit-beleaguered pound. Meanwhile, Sterling slumped as a Downing Street source revealed that UK-EU talks are “close to breaking down” and a deal is “essentially impossible” following a call between German Chancellor Angela Merkel and Boris Johnson.

On the subject of the Prime Minister’s recent “final” proposal, Mrs Merkel made it clear a deal was “overwhelmingly unlikely” and would only be possible if Northern Ireland remained in the customs union.

Meanwhile, European Council President Donald Tusk launched a scathing attack on the British premier as he tweeted: “What’s at stake is not winning some stupid blame game. At stake is the future of Europe and the UK as well as the security and interests of our people. You don’t want a deal, you don’t want an extension, you don’t want to revoke, quo vadis?”

Looking ahead, the pound will likely see further losses this week if negotiations in Brussels break down as expected.

Meanwhile, a muted GBP/USD exchange rate could follow this evening’s speech from US Federal Reserve Chairman Jerome Powell if the central bank policymaker hints at any further plans to cut interest rates.