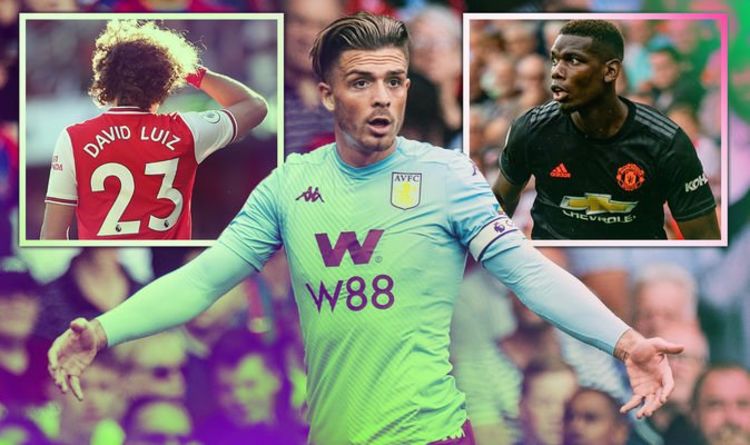 For the first time since the infamous Battle of Stamford Bridge that handed Leicester the title, Tottenham threw away a two-goal lead against Arsenal. Are they back to their Spursy ways?

Mauricio Pochettino said that lessons were learned from the game against Chelsea and for the last few seasons Tottenham have looked mature and impressive rather than just fresh and exciting.

Right now, though, they seem to be lacking any of those qualities. The international break could not come at a better time.

Highlight of the north London derby has to be when David Luiz looked up, saw he was about to be left one-on-one with Heung-Min Son then comically turned tail and ran away from the ball in a manoeuvre straight out of the Cinderella book of defending. Thankfully, Bernd Leno saved the South Korea international’s eventual shot.

At a time when Arsenal’s front three should be making them part of the two-horse race between Manchester City and Liverpool, their defence again looks like making the dash for a Champions League place a struggle.

Suddenly a transfer window that Arsenal fans were delighted about seems to have lacked that one vital ingredient as already David Luiz’s number is up.

He chose to wear “23” on his back in tribute to Michael Jordan and a host of fashionable sporting celebrities. What Arsenal needed though was a good old-fashioned no. 6 to pay tribute to Tony Adams.

There is nothing referees seem to enjoy more a few weeks into every season than a clampdown and this weekend suggests that simulation was top of the agenda at their latest meeting.

Any other week, Jack Grealish would have been praised for staying on his feet to make his assist late in Villa’s game against Crystal Palace.

But with Bournemouth’s Callum Wilson also penalised when there was clearly contact, one cannot help but think there is currently an element of witch-hunting.

The only person to escape censure for his theatrics was Harry Kane. It is unedifying to see an England captain making the most of a late shove in the back, but it is hard to blame him when similar VAR-backed decisions went a long way towards him winning a World Cup Golden Boot.

And that is the problem the technology has created. Designed to make decisions more black-and-white we now seem to have many different shades of VAR. Let’s call the whole thing off until we decide once and for all how we want these big moments to be judged.

It is great to see that grin back on the face of Jamie Vardy as he continues to enjoy life under Brendan Rodgers.

Whether it was his lack of action in Russia of the fact I beat him at pool in the England media centre, Vardy has decided that international camps are not for him since the World Cup in 2018.

But with so much pressure on Harry Kane to lead the line, should Gareth Southgate be tempted to pick up the phone to somebody who is again showing his ability to stick the ball in the net? With Marcus Rashford still frustratingly hit or miss, with a major European final at Wembley in our sights, England could do with all the resources they can get.