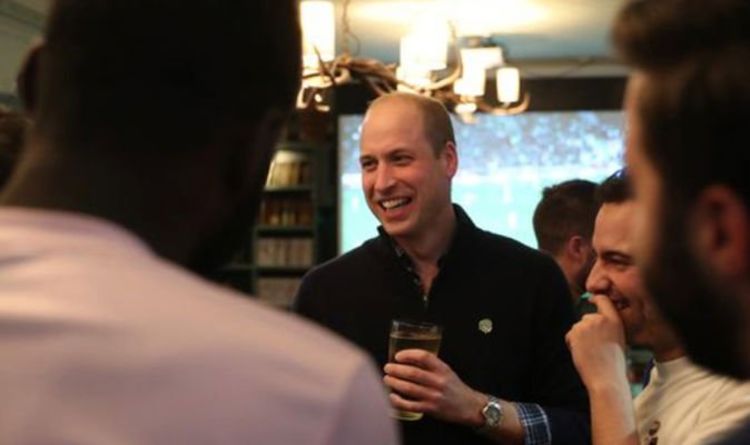 William has been President of the Football Association since 2007 and was joined by Chelsea manager Frank Lampard, who played 106 times for the national team between 1999 and 2014. The duo spoke to fans who had been supported by the Mind and CALM charities as part of the Heads Up mental health campaign. At the launch of the initiative, William said: “This year, the FA and Heads Together have joined forces to launch Heads Up, showing the world of football that our mental health is just as important as our physical health, and that we all need to take care of our everyday mental fitness, and provide support to one another when we face setbacks, so we can be match fit for whatever lies ahead.”

William and Mr Lampard spoke with fans who were accompanied by a figure who has supported them through difficult times.

The Duke has starred in the BBC’s ‘A Royal Team Talk: Tackling Mental Health’.

He explained in 2012: “Some of you asked this evening whether I support a British football club and I said ‘yes, Burnley’.

“And people have responded ‘Burnley?’ Oh yes, because Burnley has been through some very challenging times and I’m trying to find ways of helping to regenerate and raise aspirations and self-esteem in that part of the world.”

William’s younger brother Prince Harry, the Duke of Sussex once claimed in New Zealand “most of the royal family are Arsenal fans”.

According to Goal, a child at a children’s charity event claimed Kate was a Chelsea supporter: “We high-fived because she supports Chelsea and I support Chelsea.”

In spite of some speculation saying she might be an Arsenal supporter, one Windsor Castle source claimed she is a West Ham fan.

They explained: “The Queen has never wanted people to know who she supports because she wants to be seen to be neutral.