RIP Saroj Khan: From Madhuri Dixit to Govinda — choreographer’s daughter REVEALS who kept in touch with her from Bollywood 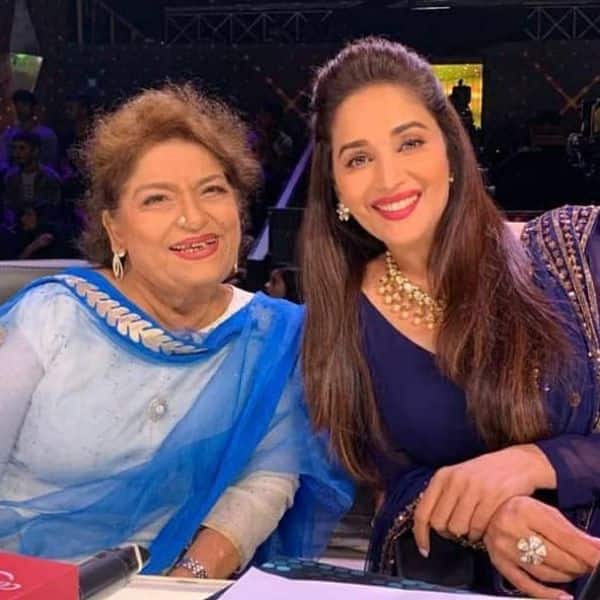 Bollywodo news circles was dealt another devastating blow yesterday when the news of Saroj Khan’s demise shook the nation. The 71-year old legendary choreographer passed away from cardiac arrest. Opening up about her mother’s zest for Bollywood even at her age, Sarojji’s daughter, Sukaina, told ETimes in an interview, “She went into TV very soon. And I think Bollywood started accepting the fact that she liked TV more than Bollywood, whereas Bollywood was in her blood. She couldn’t leave Bollywood at all.” Also Read – RIP Saroj Khan: Amul pays moving tribute to ‘Mother of Choreography in India’ with adorable cartoon

Highlighting how she was still getting work, Saroj Khan’s daughter added, “She was getting offers to work, but at the same time, because of her age and health she wanted to take a back seat. But still she was doing a couple of jobs. She had actresses learning with her, including Alizeh Agnihotri, Ananya Panday, Sara Ali Khan, Saiee Manjrekar – all these girls were training under her. So she considered herself very lucky and connected to Bollywood equally.” Also Read – Trending Entertainment News Today: When SRK romanced Saroj Khan, Madhuri Dixit pens a heartfelt condolence

Revealing who all from the film industry, Sukaina stated, “Everybody was in touch. Madhuri ma’am (Madhuri Dixit), Subhash ji (Subhash Ghai), Jackie ji (Jackie Shroff), Govinda sir, everybody kept calling her up and called me too. They would ask me about her health and how she was doing. When they heard the news, they were all shell shocked like we were. We didn’t expect something like this coming our way.” Also Read – RIP Saroj Khan: ‘I was scared of her,’ says Amrita Rao

Earlier, Madhuri Dixit had also shared a heartfelt tribute for Sarojji, whom she collaborated with on many iconic dance numbers and considers a mentor. Taking to her official Twitter handle, she wrote: “I’m devastated by the loss of my friend and guru, Saroj Khan. Will always be grateful for her work in helping me reach my full potential in dance. The world has lost an amazingly talented person. I will miss you. My sincere condolences to the family. #RIPSarojji.” Check out her tweet below:

I’m devastated by the loss of my friend and guru, Saroj Khan. Will always be grateful for her work in helping me reach my full potential in dance. The world has lost an amazingly talented person. I will miss you? My sincere condolences to the family. #RIPSarojji