Royal romance: How Kate saved relationship with William as he ‘stretched wings’ 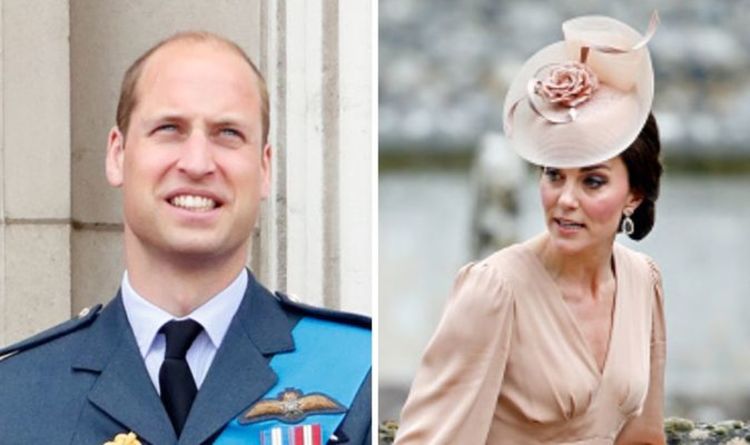 The Duke and Duchess of Cambridge are now the proud parents of Prince George, Princess Charlotte and Prince Louis. The royal pair have been married for nine years, and celebrated the anniversary of their spectacular royal wedding just last month. However, in their younger days, the couple have weathered their share of stormy patches in the relationship.

In 2004, when finishing their university courses loomed on the horizon, William and Kate felt the pressure enough to take a break.

Veteran royal editor Robert Jobson, in his 2006 book “William’s Princess”, delves into the royal couple’s relationship behind the scenes – and how Kate saved it from the brink of disaster.

Mr Jobson writes: “[It] seemed to be the death knell for the romance.

“For any young woman who had invested so much time and emotion into a university relationship this would have been a terrible blow, to Kate it must have been a bombshell.

“A less understanding or less resilient young woman might have baulked at William’s apparent need to stretch his wings.

“She might have issued an ultimatum, made hysterical demands or dig her claws ever deeper into her prized catch.

“And she might have blown it as a result; but not Kate.

“At this crucial moment she showed herself once again to be remarkably confident.

“She was naturally upset and fearful that William was trying to extricate himself from the relationship, but she is said to have told him that she valued his friendship so highly that she was prepared to accept his rather unreasonable terms.

“”She was even said to have considered quitting their shared student house in an effort to embrace William’s expressed need for time and space.”

Mr Jobson writes that William was feeling “claustrophobic and hemmed in” by the long-term relationship and initiated the brief break-up.

However, according to another royal expert, Kate had some doubts of her own at this point, too.

Royal author Katie Nicholl, in her 2010 book “William and Harry” reveals how William “hurt Kate deeply” when they went through the “trial separation” in 2004.

William “wanted a break” from the relationship and organised a boys-only yachting holiday in Greece, from which Kate was excluded.

Meanwhile, “Kate was beginning to question William’s commitment to their relationship, and she also had her own creeping doubts about their future after St Andrews”.

Ms Nicholl writes: “A number of things had caused her to question William’s commitment, although she had not raised them with him yet.

“One was William’s friendship with an American heiress called Anna Sloan. She suspected William might have feelings for the 22-year-old heiress.”