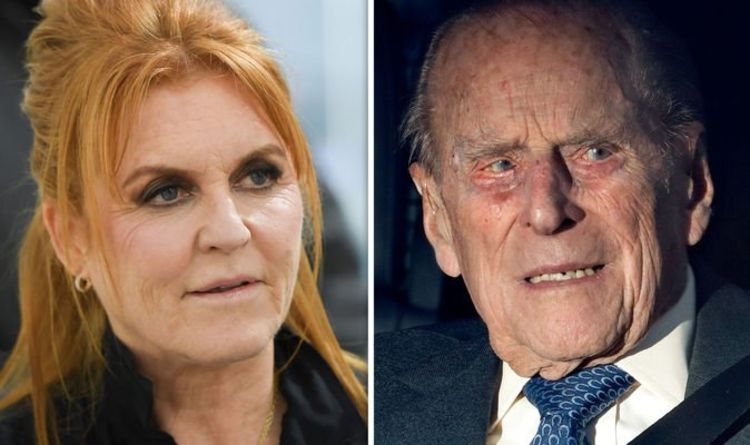 The Duke of Edinburgh has allegedly always refused to be under the same roof as Sarah since her divorce from Prince Andrew in 1996. He allegedly blamed her for embarrassing the Queen and the royal family. Sources at Balmoral said the Duchess of York arrived on Thursday night but then unexpectedly left for London.

Some had hoped Prince Philip and Sarah had patched up their relationship after the pair were spotted attending Princess Eugenie’s wedding last year.

A royal insider told the Daily Mail: “In previous years the duchess has left the day before the Queen’s husband arrives.

“This year he arrived yesterday, several days earlier than expected, which is rather strange, so the duchess left.”

The Queen began allowing Sarah to join the annual family gathering at Balmoral around six years ago.

She was expected to spend up to a week with Prince Andrew and their daughters Princess Beatrice and Princess Eugenie at the estate.

Rumours about a romantic relationship between the divorced couple have been circulating in recent months.

However, the pair travelled separately and are reportedly staying in different parts of the castle.

READ MORE: Inquiry into MP who grabbed protestor by neck during gala dropped

A royal insider previously told The Sun: “Prince Andrew and Sarah are at Balmoral as guests of the Queen and are expected to be there for a number of days.

“They will be joined by their daughters for some of the holiday.

“It’s not the first time they’ve been there as a couple in recent years but it’s significant because of all the rumours about them getting back together.

“The Queen wanted them there as a family and it’s very much her giving the private nod of approval.”