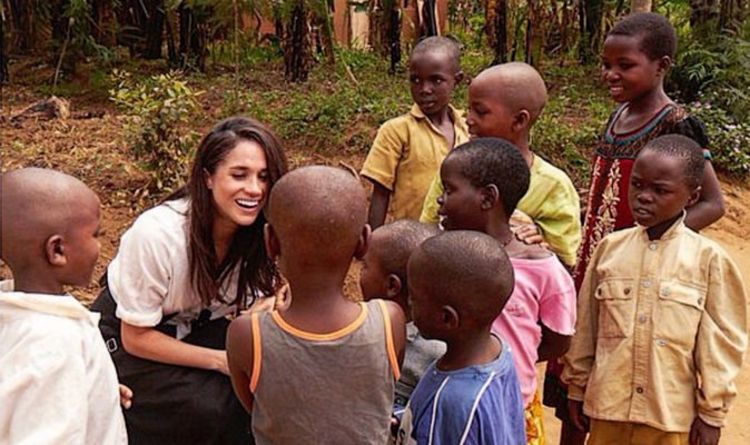 Meghan and Harry leave later this month for the visit to the south of the continent. While Harry travels to countries including Angola, Malawi and Botswana, Meghan will stay in South Africa with four-month-old son Archie. It is expected that the couple will both speak out on causes including women’s rights.

Meghan, 38, in particular has given speeches around the world on gender equality and votes for women and has campaigned on behalf of female sex workers. She devoted a whole issue of Vogue magazine to empowering women when she was asked to be a guest editor.

Meghan is in America at the moment, having flown out to see close friend Serena Williams play in last night’s final of the US Open tennis tournament.

South African campaigners say that they welcome the Duchess’s arrival, but they urge her not to trample on their sensitivities.

Professor Amanda Gouws of Stellenbosch University encouraged Meghan to speak up for women.

She said: “This is a very appropriate moment because we had our women’s parliament yesterday with women MPs and civil society looking at the issue of gender-based violence. South Africa has the highest incidence of rape in the world.”

But Prof Gouws warned: “It would be helpful for her to become involved but it has to be done with care and sensitivity.

“One way to really upset South Africans is when the ‘global north’ comes to lecture us about what we are doing wrong and how much better it could be if we were more like them.

“She has to link the problem to the global condition and if she does this, it could be a very helpful way of raising the subject of very high levels of gender-based violence which the women of South Africa have to live with day by day.”

President Cyril Ramaphosa has pledged to tackle gender violence in a country where fives times as many women are murdered than the global average. UN figures reveal one of the highest incidences of rape in the world, including “corrective rape” where lesbians are “forced to become heterosexual”.

Activist Fatima Shabodien, of the Faith Foundation, welcomed Meghan’s input but warned: “She should first talk to local people and local groups about what they think.

“Of course her attention can help, there is a lot of interest in what she says and thinks.

“But she can’t come here and just give her opinions off the cuff. People resent that sort of cultural colonialism.

“She should consult with people who live these experiences, in private if that’s necessary.

“We welcome her if she approaches us respectfully, but we don’t want to be told what to do by anyone.”

Many African countries are highly sensitive to direct or implied criticism from former colonial powers like Britain. Documentary maker Stacey Dooley, 32, was accused of playing the “white saviour” after she was filmed cuddling a Ugandan boy in clip for Comic Relief.

Harry, 34, will continue some of his mother Princess Diana’s work on land mines and HIV.

One former palace aide explained: “There is no doubting that Harry really cares about Africa’s social problems and wildlife problems.

“But this is one part of the world where it is paramount that the Duke and Duchess are humble and not in the least showbiz.”

Meanwhile, Meghan joined a yoga class to get over her jet lag shortly after arriving in New York on Friday.

The Duchess, whose mother Doria Ragland, 63, is a yoga instructor in Los Angeles, joined up to 60 people at the Modo Yoga centre.

A source said: “She has been going to Modo Yoga for many years and tries to do so whenever she is in New York. It was the perfect remedy for jet lag.

“There were lots of sweet, knowing smiles among the respectful patrons.”

The duchess took a hot yoga class which normally costs £19.

She is thought to have kept up her regular workouts following the birth of Archie earlier this year.