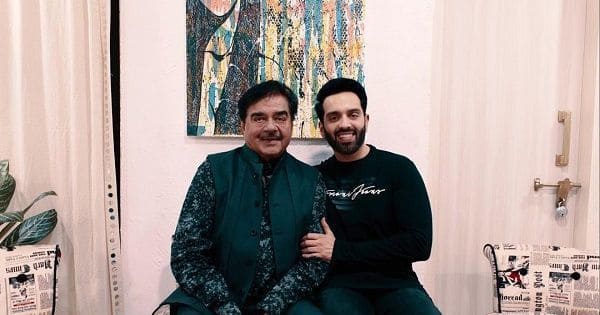 Veteran actor and politician Shatrughan Sinha recently opened on his son Luv Sinha‘s defeat in Bihar elections and said that he doesn’t interfere in his children’s life and career. The Rakhta Charitra star also went on to say that his son is the future of Indian politics. When asked that whether he gave guidance to son in politics, Shatrughan Sinha told SpotBoye, “I am always there for all my three children. Whenever Luv needs my guidance, he just needs to ask. Otherwise, I don’t interfere with my children’s life and career. Even with my daughter Sonakshi, I don’t offer unsolicited advice. If she asks my opinion on a particular project, I give it.” Also Read – Krushna Abhishek reveals Kapil Sharma’s salary for his debut web series, and it will SHOCK you

Talking about his neice Preeta, who works closely with Kamala Harris, he said, “Preeta- she is my elder brother Dr Lakhan Sinha’s daughter. I’m as proud of Preeta as I am of my own daughter Sonakshi. Both have made it on their own without seeking their parents’ help. Preeta worked with Ms Kamala Harris during the American elections. I am so happy to say that she was a small part of Ms Harris’ success. I feel more young people should come forward to join politics. Lalooji’s son Tejashwi, Ram Vilas Pawanji’s son, Chirag, my son Luv and my niece Preeta- are the future of politics.” Also Read – Sushant Singh Rajput case: Shatrughan Sinha questions the actor’s fans; says, ‘Would he be pleased with the treatment given to Rhea Chakraborty?’

The veteran star also clarified his statement and said that he never meant that old people should retire as he said, “I am not saying that at all. But the voice of wisdom and experience are invaluable to politics. I always sought the guidance of my seniors, my guru and mentor Shri L K Advaniji and Shri Atal Bihari Vajpayeeji. Likewise, I expect the young brigade to make use of the wisdom they have around them. With josh they also need hosh.” Also Read – ‘It is unfair and futile to blame Karan Johar for Sushant Singh Rajput’s death,’ says Shatrughan Singh