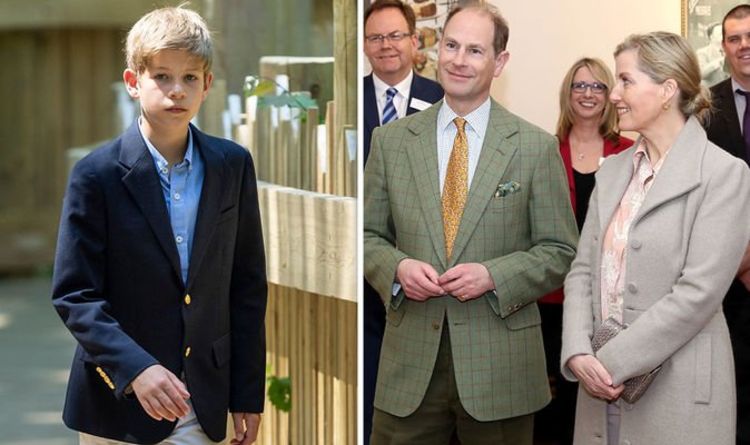 Prince Edward is Queen Elizabeth II’s youngest son and was born an HRH.

However, in keeping with royal tradition, he was gifted another title on his wedding to Sophie in 1999.

Sophie and Prince Edward became the Earl and Countess of Wessex when they tied the knot.

While the Queen’s sons and grandsons are usually made Dukes when they marry it is understood Prince Edward will one day inherit his father Prince Philip’s Duke of Edinburgh title.

While Lady Louise is Sophie and Edward’s eldest child she was leap-frogged by her younger brother in the line of succession due to an outdated law that gave male heirs precedence over female heirs.

The same law meant Princess Anne lost out to her three younger brothers in the line of succession too.

However, the legislation was changed before the birth of Prince William and Kate, Duchess of Cambridge’s first child to ensure any heir would keep their place in the line of succession regardless of gender.

Constitutional expert Iain MacMarthanne explained: “The 2013 Act sought to bring multiple pieces of outdated and discriminatory legislation relating to the monarchy up to date.

He added: “Through this Act male primogeniture was abolished, allowing the firstborn child irrespective of gender to become heir apparent.

“The disqualification from inheriting the throne by marrying a Catholic was removed, and the Royal Marriages Act of 1772 was repealed.”

Princess Charlotte was the first royal to benefit from the changes outline in the 2013 Succession of the Crown Act.

Following her younger brother Prince Louis’s birth in 2013, Charlotte kept her place in the line of succession.

However, the law of primogeniture still exempts women from inheriting their fathers’ peerages which is why Lady Louise Windsor will lose out on the Earldom of Wessex to her younger brother.