State pension amount: Why thousands of pensioners in EU are being contacted this week 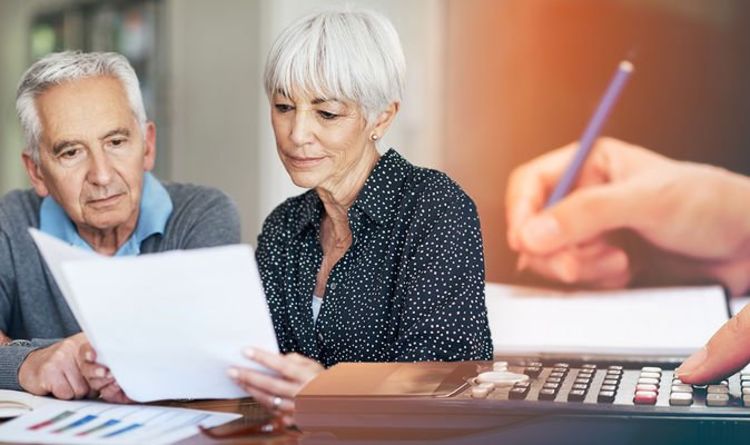 Both the basic and new state pension increase each year, under what is known as the triple lock. This means that it rises by whichever is the highest of earnings (the average percentage growth in wages in Great Britain), the percentage growth in prices in the UK as measured by the Consumer Prices Index (CPI), or 2.5 per cent. If a person lives abroad and claims the UK state pension, they may or may not be able to get an uprated state pension. The government website states that the state pension will only increase each year if the claimant lives in the European Economic Area (EEA), Gibraltar, Switzerland, or a country that has a social security agreement with the UK – not including Canada or New Zealand.

Should a person not live in one of these qualifying countries, then they would not get the yearly increases.

If they return to live in the UK that their state pension will return to the current rate.

The Government announced last month that the basic and new state pension would continue to be uprated for a further three years until March 2020, in the event of a no-deal Brexit.

The commitment means that the UK state pension paid to those living in the EU will be uprated each year until March 2023, should the UK leave the EU without a deal.

During this three-year period, the UK government plans to negotiate a new arrangement with the EU to ensure that the uprating continues.

The government is sending out letters outlining this commitment each week.

The increase will be at least 2.5 per cent annually for the duration of this Parliament, with up to £200 per year per person, the DWP announcement said.

Pensioners are being told they do not need to do anything to continue receiving their state pension.

There is a new dedicated call centre team based in Newcastle, should those affected have any questions.

Work and Pensions Secretary Dr Thérèse Coffey said: “Pensioners in Europe who have paid into the system for years deserve peace of mind over their future finances.

“Not only are we providing much-needed reassurance for hundreds of thousands of retirees, we’re ensuring we are fully prepared for leaving the EU on 31 October.

“No matter the circumstances of Brexit, we’ve made sure that pensioners do not need to take any action to continue receiving their hard-earned State Pension.”

The DWP announced the government would be sending out the letters last week.

Commenting on the news, Jon Greer, head of retirement policy at Quilter, said: “The government has now written to pensioners living in the EU to confirm that the uprating guarantee will continue to apply to their state pension for another three years.

“This will be cold comfort for many and simply serve to extend the period of uncertainty. It remains to be seen whether the government will be able to negotiate a new arrangement to ensure this policy continues.

“At worst, it could result in state pensions being used as a bargaining tool in wider negotiations.

“With many people living into their nineties and beyond, a three year guarantee will be woefully inadequate and only serve to increase their anxiety.

“It is commendable that the government has set up a dedicated call centre as they need to ensure expats are well informed about this decision, what it means for their monthly income and present the alternatives well in advance of the three years expiring.

“This will allow expats to appropriately adapt their financial plans and give them enough time to prepare for new rules around their income growing.”