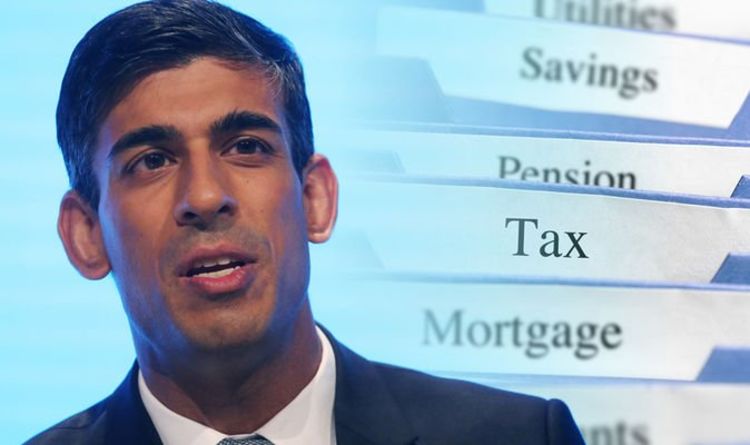 Following the emergency measures, there’s been speculation about what changes could lie ahead?

Rachael Griffin, tax and financial planning expert at Quilter, shared her thoughts on the potential tax changes which could be announced in due course.

She said: “The pandemic has resulted in a fiscal headache for the government.

“The roll-out of unprecedented financial support to businesses and individuals has pushed government debt beyond the 100 percent of GDP mark for the first time since 1963.

“With a return to austerity ruled out by the Prime Minister, the Chancellor is under considerable pressure to find a solution that is both politically acceptable, and economically practical.

“On Wednesday, the Chancellor will deliver an economic statement which will set out the government’s plans to stimulate the economy post-Covid. Although changes to taxation are unlikely in the short- to medium- term given the need to put money in people’s pockets, nothing can be ruled out in the long-term and we could see a radical change in the tax landscape in the autumn budget.

“Access to quality financial advice is going to prove vital in managing these changes.”

So, what potential changes has the tax and financial planning expert suggested could be ahead?

“Taxes on income make up the largest proportion of the government’s coffers so even a fairly marginal change would have a big impact on boosting government revenue,” she said.

“HMRC estimate that a single percentage point increase in the basic rate of income tax from 20 to 21 percent would add £4.7billion to government income in 2020/21.

“Increasing the higher rate from 40 to 41 percent would lift the tax take by about £1billion and an increase in the additional rate band from 45 to 46 percent would only raise about £105million.

“Income tax hikes would be politically controversial given the Conservatives’ manifesto promise to not raise income tax, national insurance or VAT. Any tax that reduces disposable income during a downturn will be hard to stomach, and so it is likely that income tax rates will remain unchanged in the short- to medium-term.”

“The triple lock ensures that state pension incomes are guaranteed to be uprated each year by wage growth, inflation or 2.5 percent; whichever is higher,” Ms Griffin explained.

“As a result of the Covid-19 crisis, wages are expected to fall by 3.3 percent this year, but then bounce back next year creating a one-off spike in wage growth, increasing by 5 percent. This will cost the government over £2billion more per year by 2022/23.

“The government could temporarily amend the triple lock by uprating the state pension based on the higher of 2.5 percent, inflation or five-year rolling average wage growth. This will smooth any abnormal wage effects whilst protecting real incomes and saving the government a considerable amount each year.”

“Whenever the government is strapped for cash the prospect of reforming pension tax relief is brought up given the high cost to government of around £40billion a year,” said Ms Griffin.

“During George Osborne’s time as chancellor, there was speculation that the rate of relief for higher earners would be brought down from 40 percent by introducing a flat rate of tax relief, rather than one linked to income tax brackets.

“Only by moving the rate down to 25 percent or even 20 percent do the government save additional money, but this could have a radical impact on the incentive to adequately save for retirement.”

“At present, employees pay 12 percent NICs on earnings between £9,501 and £50,000, but just 2 per cent on income above this level. This upper limit could be scrapped by the government,” said Ms Griffin, before going on to address a “hint” which may have been dropped by Mr Sunak.

“The Chancellor has already hinted that NICs will change for the self-employed, who pay class 4 NICs at nine percent on earnings of more than £9,501 a year compared with employees who pay 12 percent.”

“There is also growing speculation that a one-off or ongoing levy on personal wealth could be implemented in the UK to rebalance the wealth distribution and provide a significant boost to government revenue,” the tax expert comments.

“Such a levy on private wealth was last proposed, but subsequently scrapped, by Harold Wilson’s Labour government in 1974.

“As was the case in 1974 and as is true today, a tax levied on the value of someone’s wealth is a worrying prospect given the practical and political difficulties associated with such a broad levy.

“These difficulties make it likely the government will look to amend existing taxes on wealth including Capital Gains Tax and Inheritance Tax.”

“The government does not currently make a huge amount of money on inheritance tax (IHT) as relatively few estates pay the levy. Combined with capital gains tax, these taxes only account for around five percent of total HMRC receipts.

“Sunak could generate IHT revenue by scrapping the residence nil-rate band, which has come under fire for being too complicated, or lower the threshold. Both would be drastic measures and it is unclear how much revenue they would generate.

“Last year the All Party Parliamentary Group on inheritance called for a complete overhaul of the system to lower the headline level rate of IHT to 10 percent, but expand the number of people that pay it.

“The government could revisit this proposal and seek to expand the number of estates liable for some IHT, but reduce the headline rate as a makeweight with disgruntled voters.”

“However, if the government is looking for small wins this may indeed feature and we could see an equalisation of rates paid on capital gains to rates paid on income tax, or by reducing the annual allowance.”

“Stamp duty is a firm favourite for raising cash: it has risen more than any other tax over the past few years.

“However, given it’s at such a high level already and the property market will need to recover dramatically from the lockdown, the government may not be willing to tweak it at this time.”