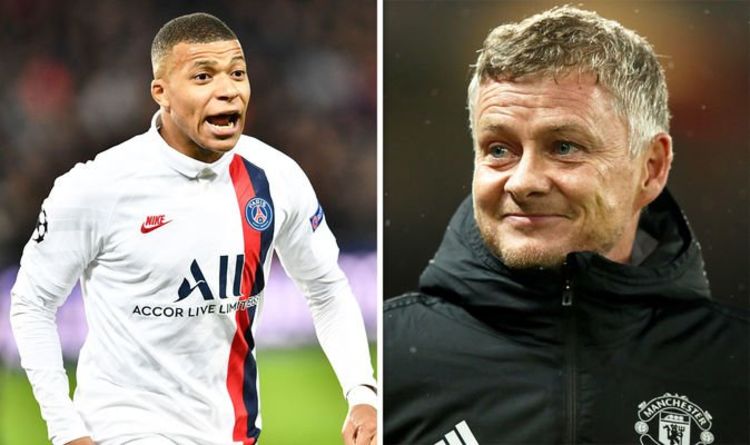 Manchester United boss Ole Gunnar Solskjaer might miss out on a reunion with countryman Erling Braut Haaland for the time being.

United have had the Red Bull Salzburg forward, who Solskjaer coached at Molde, scouted during his impressive start to the season.

However, they are facing the prospect of having to wait on signing the striker as he fancies a move to his current club’s affiliate.

Sky Sports claim Haaland is interested in heading to RB Leipzig so he can see if he can translate his form in Austria into goals in Germany.

The Red Devils are keen to bolster their ranks amid their struggles under Ole Gunnar Solskjaer.

And Goal say that, over the next two transfer windows, Manchester United will try to lure Rice and Sancho to the club.

Barcelona are the latest European big gun to be linked with a potential end-of-season move for Arsenal striker Pierre-Emerick Aubameyang.

Spanish TV show El Chiringuito claim the Catalan giants are prepared to offer the Gabon international a route away from north London.

Arsenal are yet to live up to what they promised Aubameyang when he joined them with challenging for Premier League glory a long way off.

Real Madrid have also been touted as an option for the former Borussia Dortmund hitman, who is the Gunners’ top scorer this term.

Manchester United are edging closer to the signing of Valencia star Jose Gaya, according to Spanish publication Deporte Valenciano.

The left-back has caught the eye of United scouts after his consistent performances in La Liga.

United see the position at the left of their defence as an area for improvement with questions over Luke Shaw’s fitness and Ashley Young’s contract expiring at the end of the season.

Brandon Williams has emerged as a capable understudy to a first-team choice and Gaya as seen as that, with a January transfer possible.

Chelsea boss Frank Lampard will sign a striker in January if their transfer ban is lifted, Paul Merson claims.

When asked where Chelsea will strengthen if their transfer ban is lifted, Merson said on Sky Sports: “Up front. A forward.

“I think it’s a long season for [Tammy] Abraham. He’s done great but to do that for 38 games when it’s his first season will take its toll.

“I don’t think [Olivier] Giroud will want to sit around as a sub, especially with the Euros coming up next year.

“So for me, I think it will be a centre-forward.”

Jurgen Klopp says Liverpool are an attractive club for the biggest players in the world, however, there’s no chance they will sign PSG’s Kylian Mbappe.

The Reds were linked with the France international, who has already netted 11 goals for PSG this season.

Reports in Spain suggested the 20-year-old could be a possible replacement for Mohamed Salah at Anfield, with Real Madrid eyeing the Egypt winger.

However, Klopp, who tried to sign Mbappe before he joined PSG in 2017, admits Liverpool simply cannot afford the French sensation.

He said: “I don’t see any club at the moment who can buy Kylian Mbappe from PSG.

“And we are involved in the clubs that cannot do it, it is as easy as that.

“OK, from a sporting point of view, there are not a lot of reasons to not sign him, what a player he is.

“It is about the money of course. No chance. Absolutely no chance. Sorry for killing that story.”

Italian newspaper Tuttosport say the Serie A champions are desperate to re-sign the France international.

And Mario Mandzukic, Emre Can, Daniele Rugani or Blaise Matuidi could be included in a swap deal.

Pogba hinted in the summer he’s keen to quit Old Trafford for a new challenge elsewhere.