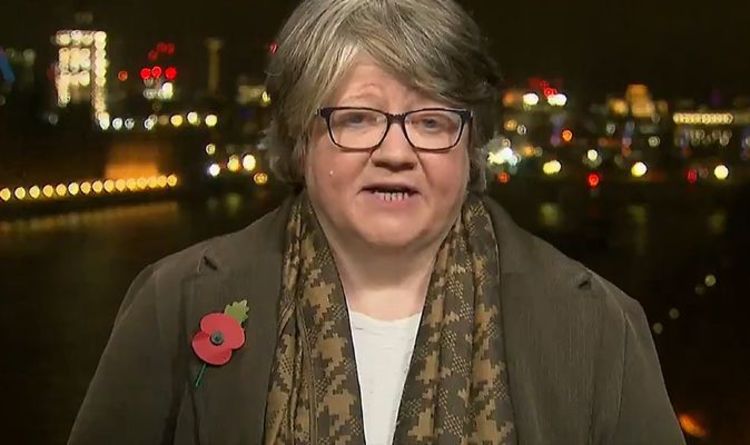 She responded: “The Prime Minister’s made clear that this is firmly confirmed until the end of the financial year.

“But, as I have said to Parliament on several occasions now, we’re in constant discussion with Treasury about what we can do to make sure we support people through the welfare system.

“This is as well as all the preparation of helping businesses that we’ve done along the way.

“So I’m not going to make any announcements here tonight. We’re still working through those matters.”

However, Mr Peston insisted on the point, adding that it would be “politically inconceivable” to take away a payment people have become dependent on.

Ms Coffey told him: “Genuinely I have to undertake a review.

“I am doing that review right now.

“I’m in active discussions about the best way to use the welfare support system.”

However, Prime Minister Boris Johnson and Chancellor Rishi Sunak are being urged to reconsider this plan.

Nearly 100,000 people have already signed a 38 Degrees petition demanding that the boost be made permanent

More than 5.6 million households in the UK rely on Universal Credit just to get by.

38 Degrees also revealed that for more than four out of five (84 percent) Universal Credit payments are not enough to cover food, rent bills, or other living costs.

The curtailment of this boost, is feared to push an estimated 700,000 of the lowest income households into poverty.